We recently received a new donation to the College archive: a collection of papers, photographs, and medical instruments relating to the life of Dr Alexander King Bowman (1893-1976).

Dr Bowman graduated from the University of Glasgow with an MB ChB degree in 1921, and spent two years immediately after graduation as a house surgeon to the famous Sir William Macewen (more on whom later). After just a couple of years in medical practice in Scotland, Bowman decided to move with his wife, Mary, to Princeton in New Jersey, where his brother Archie had already moved some years previous. He set up a GP practice there and was also appointed as a physician to Princeton Hospital. Alex and Mary spent 13 years in the United States, during which time they both wrote regular dispatches for the Glasgow Herald, providing readers back home with an insight into everyday life on the other side of the pond. As happy as the couple seem to have been, Alex’s work evidently subjected him to a great deal of pressure. After a stress-related illness in 1936, he decided to move back to Scotland and returned to an appointment as a Medical Officer in the Department of Health. 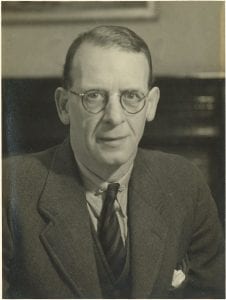 With the foundation of the NHS in 1948, Bowman was promoted to the post of Senior Administrative Officer in the newly established Western Regional Hospital Board. He was a firm believer in the importance of General Practice, and used the years up to his retirement in 1959 to strengthen the position of GPs as a cornerstone of the health service. His hard work and commitment to the health service did not go unnoticed; in addition to being a Fellow of the Royal Faculty (1951) and later of the Royal College of Physicians and Surgeons of Glasgow (1964), he was created CBE in 1957 and was granted an Honorary LLD by the University of Glasgow in 1960. 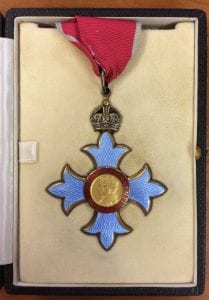 Bowman wrote on many subjects, both medical and non-medical, throughout his life, but he is probably best remembered for one publication in particular. Although his time under Sir William Macewen’s wing was relatively short, it clearly made a lasting impact. Macewen remained a strong influence throughout Bowman’s career, and Bowman eventually published a biography of his hero, “The life and teachings of Sir William Macewen” (London: Hodge & Co., 1942). This book is less a critical account of Macewen’s life and work, more a breathless celebration of his achievements, but it was very well received upon publication and remains the most authoritative and complete biography of Macewen to this day. 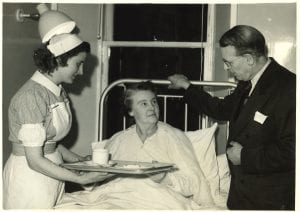 The Alexander King Bowman Collection has now been catalogued and is available to search and browse on the Archives Hub. If you’d like to make an appointment to access the collection, or if you’d just like some more information, you can contact the Heritage team at library@rcpsg.ac.uk.