One of the joys of working with museum collections is the research, reading hundreds of catalogues, books, articles, and interviews to discover what exactly an instrument was used for and how it worked. Unfortunately, research can also seem like a never-ending journey! Sometimes, an instrument within the collection can be so baffling that it seems the answer to the question, “What does it do?!”, has been lost to history. This seemed to be the case with one of our items, the Biphasic Stimulator. 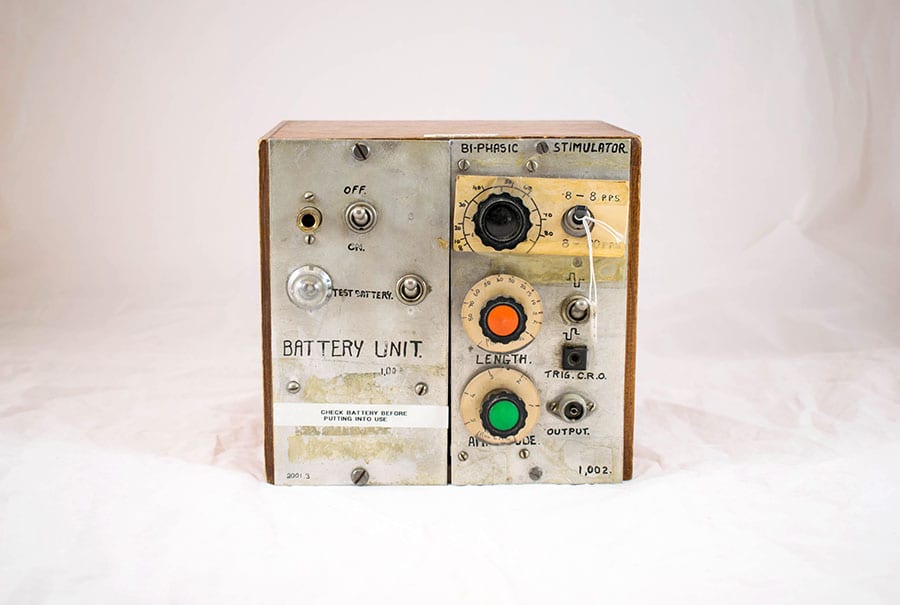 On first glance, the stimulator  looks like something that your Dad made in the garden shed. With labels taped on and units hand-written in pen, it’s almost impossible to imagine that this apparatus was ever used in a surgical environment. As well as this, the name “Biphasic Stimulator” doesn’t reveal much about the purpose of this machine. There were a lot of pieces to find to solve this puzzle.

The first find of the research was the name of the man who donated the stimulator to the College, James Sloan Robertson. Sloan Robertson is one of the unsung heroes of neurosurgery, being one of the first modern neurosurgeons in the U.K. and helping to establish the Institute of Neurological Sciences in Glasgow in 1970. He studied medicine at the University of Glasgow and chose to specialise in neurosurgery after he graduated in 1928 [1]. This was when he moved to Canada as a Rockefeller Scholar to study under the great Wilder Penfield, the man behind the discovery of the cortical homunculus. Penfield used electrical stimulation of the cortex to map out different areas of the cortex according to their function. This method, known as cortical stimulation, became a regular procedure in many of his surgeries and investigations into epilepsy.

But how is this related to the function of the biphasic stimulator? After conferring with some of our Senior Fellows at the College, we discovered that the stimulator would have been used by Sloan Robertson during surgical procedures to treat patients with epilepsy. It was most likely a “pioneering unit, leading to more sophisticated things”. Areas of the brain would be stimulated with an electrode in order to map the brain. This would tell the surgeon which area of the brain they were locating, which not to damage, and more precisely where their target was.

Penfield describes the purpose of stimulation as:

“…for stimulation has as its primary purpose the analysis of the site of origin of seizures and the identification of functional areas so that excision may be safe and effective.”

This means that the stimulator would not only be used to map brain areas for functional localisation, but to also determine which area was causing a patient’s seizures. Seizures could be caused by obvious lesions, such as tumours, or more discrete lesions that are not obvious to the human eye.

The machine would send out a sequence pulse output, with the knobs and dials controlling pulse frequency, duration, and amplitude. A combination of these three factors would have been used to stimulate areas of the brain under examination. This stimulator is essentially an early prototype of machines that were developed for later neurosurgery. 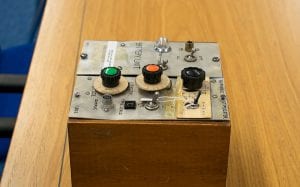 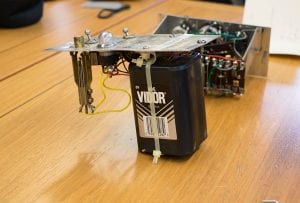 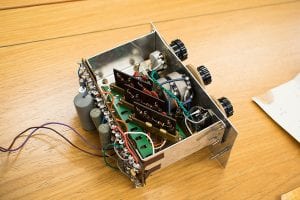 What originally looked like a wooden box has now been revealed to be a pioneering neurosurgical apparatus from the mid-1900s. It was a lengthy process, but the research truly paid off! 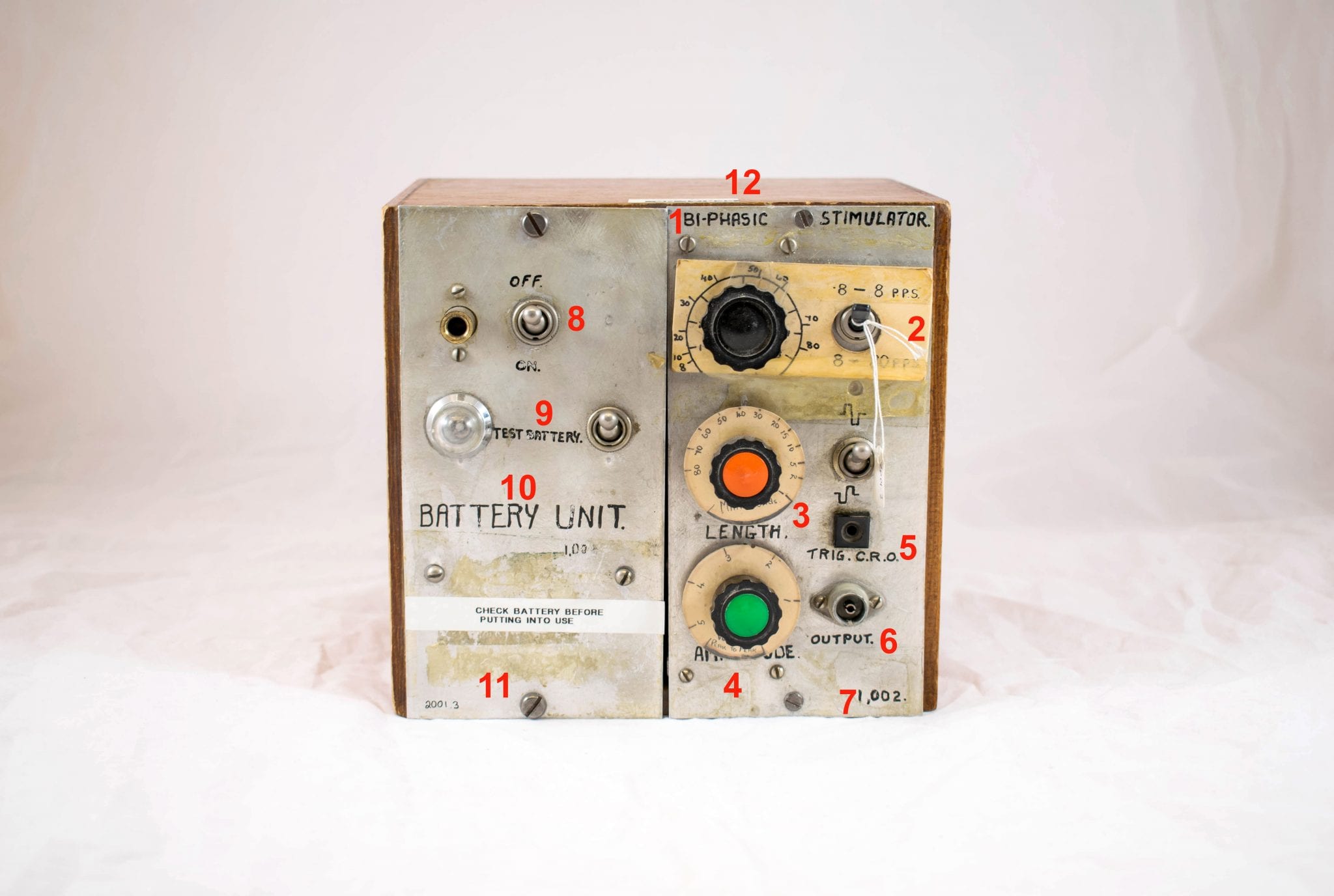 1- Biphasic Stimulator
2- Frequency of the electrical pulses. Units in pulse per second. Depending on the switch, the range can be from 0.8-8 pps or 8-80 pps.
3- The length of time of stimulation, measured in milliseconds.
4- Amplitude of the electrical impulse in Volts, range of 0-5.
5- TRIG. C.R.O. Most likely stands for “Trigger Cathode Ray”.
6- Socket for electrode output.
7- 1,002, potentially a model number of the instrument.
8- On/Off switch for battery.
9- “Test Battery”.
10- Location of battery unit.
11- 2001.3 RCPSG ID number.
12- “SGH 03”, refers to the instrument belonging to the Southern General Hospital, potentially the third model of its kind.

A special thanks to Dr John William Turner for his input and expertise.