PLEASE NOTE: Due to unforeseen circumstances we are having to postpone this event. We will be rescheduling for later in the year (date TBC). If you have booked tickets for this event or have any queries please do not hesitate to contact us at library@rcpsg.ac.uk.

For Festival of Museums 2017 we’re hosting an event in College Hall that celebrates diversity while disrupting our traditional display space. We’re working with an artist to create a projection and animation that will fill the room with light, sound and the faces of College members, trainees and medical students. The effect of this will be to subdue the impact of our portraits of College founders, Presidents and eminent Fellows. As the evening light dims the intensity of the projection will grow, and these new, diverse faces will dominate the room. 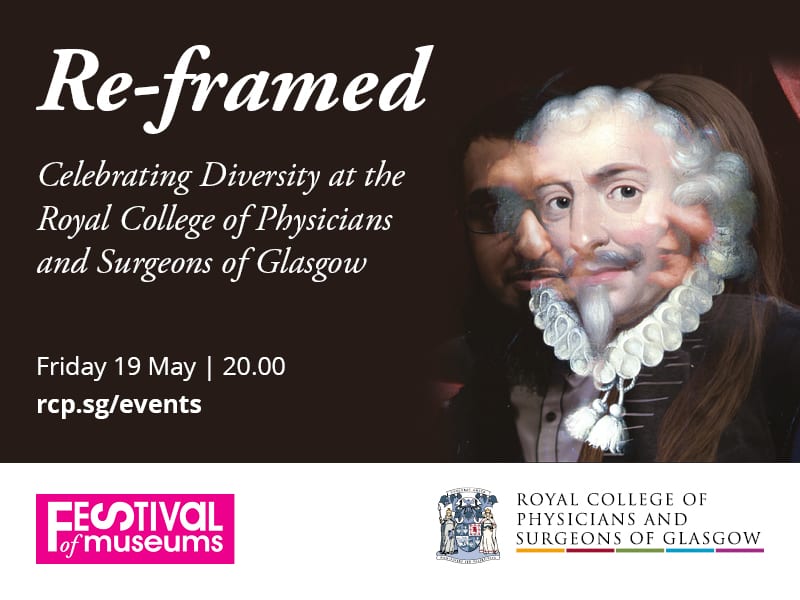 So why are we doing this?

First all of, Festival of Museums gives museums the opportunity to try new things, take risks, and attract new audiences. As a newly accredited museum within a very old institution, we’re keen to grasp these opportunities.

Secondly, our portraits on display in College Hall follow a similar pattern to most late 19th century celebrations of an institution’s rich history. The subjects are all white, and they are all men. It was during this late 19th century period that the College’s community began to diversify, with licentiates appearing in the minute books from many other parts of the world, for example South Asia.

And then, during the same period, women began to be admitted to the College, to be licensed in surgery. Now, the College has a truly international membership. Glasgow itself is a proudly multi-ethnic city. In the 21st century, women are leaders in medicine. The College has had two female Vice Presidents this decade. Yet College Hall has remained virtually unchanged since it was built as an extension to the St Vincent Street building in the 1890s.

The College isn’t unique in this habit of using symbolic spaces in the same way for 100+ years. However, it does invite questions, challenges, and debate. And that’s one of the important roles for museums in the 21st century.

So we asked members, trainees and students to submit selfies that would form part of the projection. So far we’ve received almost 100 submissions from around the world! 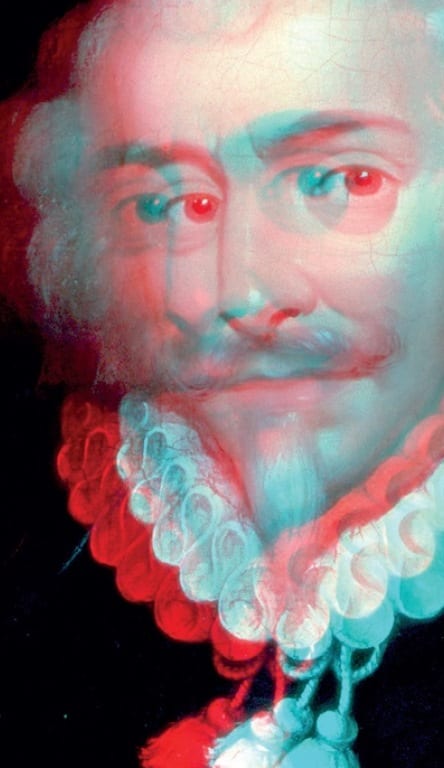 Founder of the College in 1599, Maister Peter Lowe

At the event, we’ll have contributions from acclaimed author Louise Welsh, Professor of Creative Writing at the University of Glasgow, and Takondwa Itaye-kamangira, a Medical Training Initiative (MTI) participant from Malawi, supported by the College.

Taking on a project like this needs support from outside the organisation, and we received strong support and advice from the Glasgow Women’s Library. We even borrowed their Designer in Residence to help us produce some visuals to promote the event (Maister Peter Lowe having a party, above). Staff at Museums Galleries Scotland also provided super support and encouragement.

Delegates at the College’s Medical Undergraduate Conference in March enthusiastically volunteered to have their portraits taken to contribute to the artwork and poster design (top of the page).

The event has been kindly supported by Festival of Museum. See all of the events around the country at http://www.festivalofmuseums.co.uk/.

To find out more about our event and to book tickets go to rcp.sg/events.