What led Laennec to invent the wooden stethoscope?

This year our annual Goodall Symposium (16th June 2016) will be celebrating the 200th anniversary of the invention of the first stethoscope. We’ll be taking a look at the origins of the stethoscope and how the methods and technologies for listening to the heart have developed over the last 200 years. In this blog our Honorary Librarian, Mr Roy Miller discusses why the stethoscope was invented. 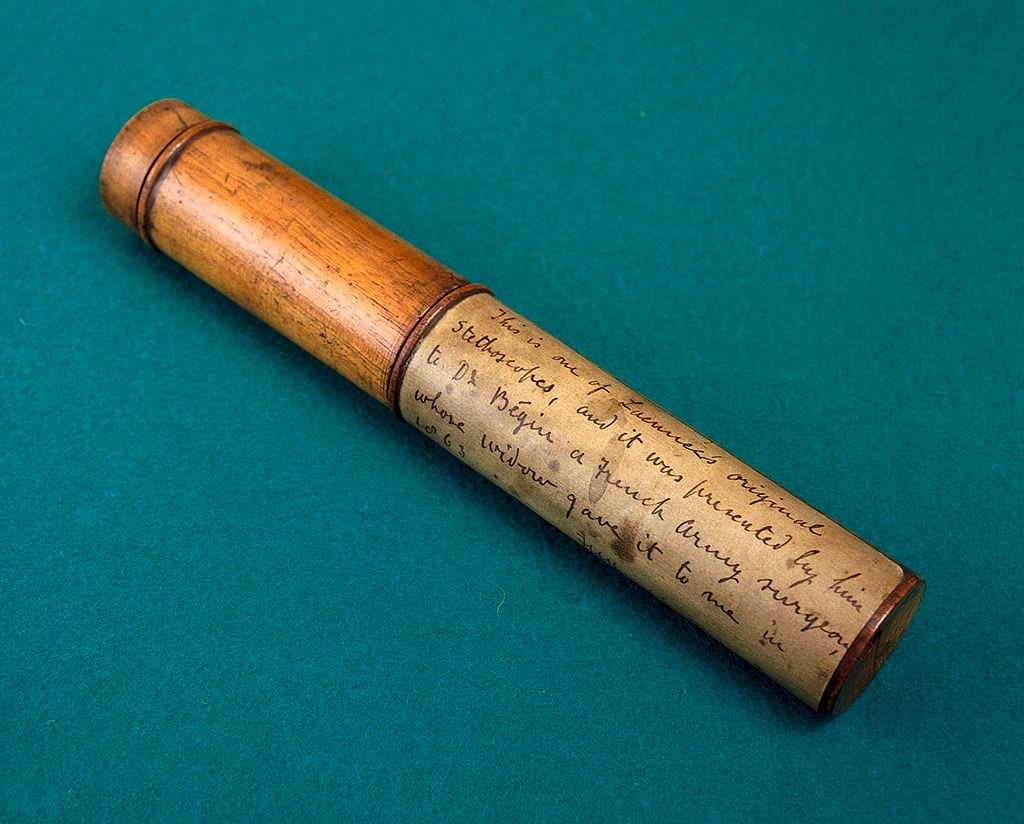 Made of wood and brass, this is one of the original stethoscopes belonging to Laennec.
Image from: Science Museum London / Science and Society Picture Library

The stethoscope was invented in 1816 by French physician, René Théophile Hyacinthe Laennec. While a physician in Paris, Laennec was examining a woman with an apparent heart condition and found that he was unable to use hand or ear to examine the patient without embarrassment. He records the event thus:-

“In 1816 I was consulted by a young woman labouring under general symptoms of diseased heart, and in whose case percussion and the application of the hand were of little avail on account of the great degree of fatness. The other method just mentioned [the application of the ear directly to the chest] being rendered inadmissable by the age and sex of the patient, I happened to recollect a simple and well-known fact in acoustics, and fancied, at the same time, that it may be turned to some use on the present occasion. The fact I allude to is the augmented impression of sound when conveyed through certain solid bodies – as when we hear the scratch of a pin at one end of a piece of wood, on applying the ear to the other. Immediately, on this suggestion, I rolled a quire of paper (24 sheets) into a kind of cylinder and applied one end of it to the region of the heart and the other to my ear, and was not a little surprised that I could thereby perceive the action of the heart in a manner much more clear and distinct than I had ever been able to do by the immediate application of the ear.”1

Laennec soon replaced the rolled up paper cylinder with a hollow wooden tube. This had a small hole at one end and, at the other, a conical hollow. A plug fitted into the hollow to allow the physician to listen to the sounds of the heart. When removed, the physician could listen to the sounds of the lungs. Unlike its modern equivalents it was designed to be listened to through only a single ear so it did not have the familiar Y-shaped double earpiece. The original stethoscope could also be unscrewed in the middle for carrying in the pocket. 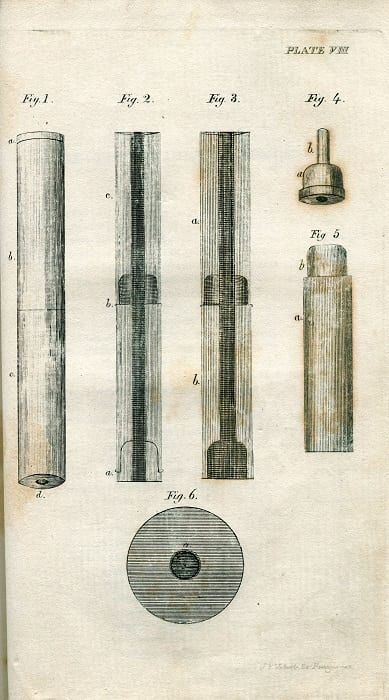 Illustration from De l’ auscultation mediate (1819) by Laennec showing his design for a wooden stethoscope.

In the 1820s the Glasgow Medical Journal reported on the introduction of the stethoscope to Glasgow medicine, pointing out that the tool was at first “suspected, ridiculed, and sometimes abused as a piece of pompous quackery.” By the late 1820s such suspicions were dismissed as use of the stethoscope grew. By the 1850s, the stethoscope had become one of the doctor’s most vital tools.

The Goodall Symposium takes place in the College on the 16th June 2016 @ 6:30pm. It’s free to attend but please book your place for catering purposes – please contact library@rcpsg.ac.uk or call 0141 221 6072. You’ll also have the chance to see our latest exhibition which focuses on the development of the stethoscope over the years.

This years Goodall Symposium is part of the Glasgow Science Festival 2016.