In 1871 a young William Macewen, later to become one of the pioneers of late Victorian surgery, was appointed Police Surgeon at the Glasgow Central Police Office on South Albion Street. The Police Office was used as a clearing station for casualties of all kinds, with Macewen attending to an astonishing variety of cases, from rotten fish to high profile murder cases. Already a restless innovator, Macewen used the experience to experiment, research and report on a range of clinical subjects, including infanticide, abortion, concealment of pregnancy, fear, homicidal and accidental wounds, gun-shot wounds, and alcoholic coma.

Among our archive of Macewen’s papers are journals, scrapbooks and correspondence relating to this intriguing part of his career. 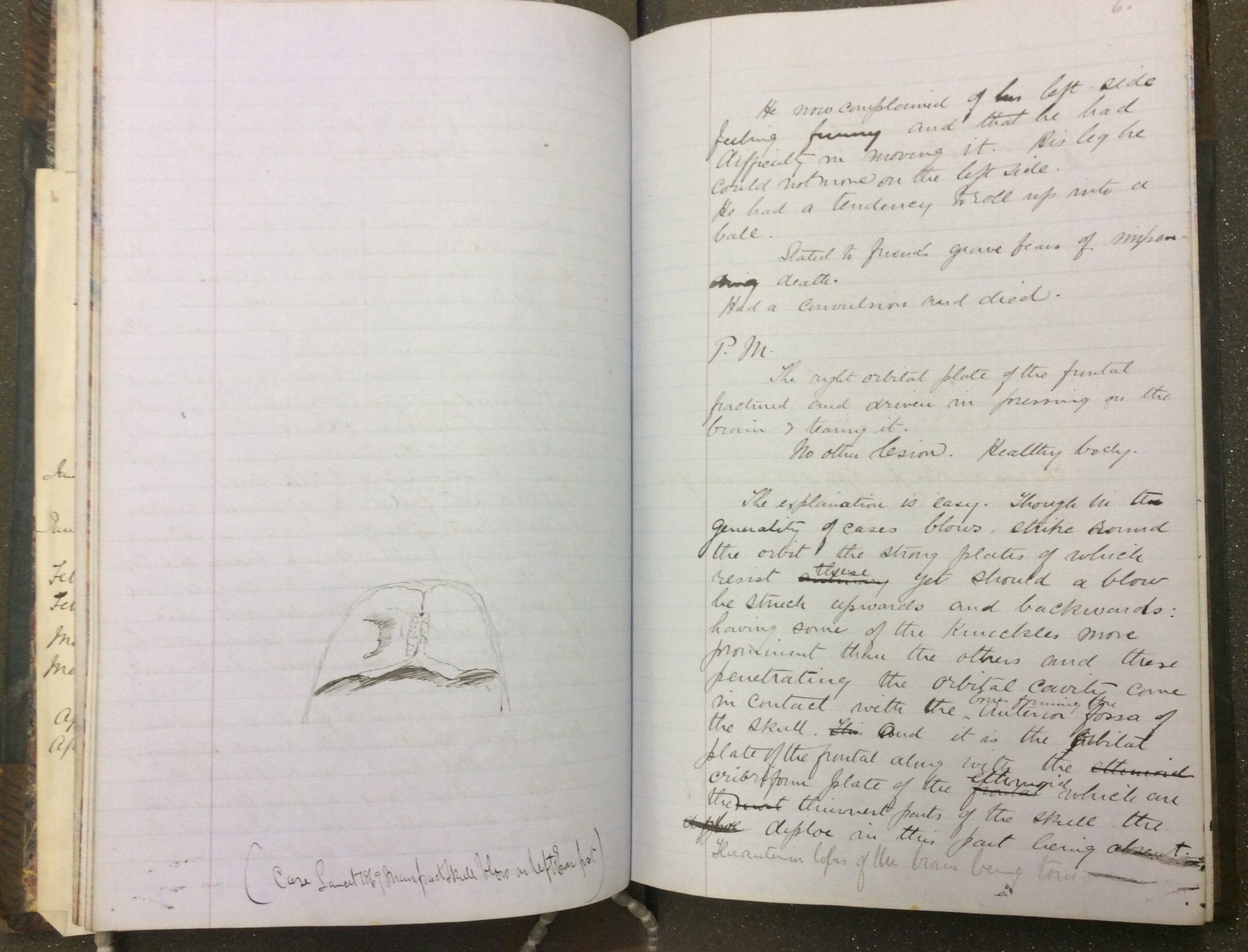 The journal of 1872 – 1875 contains notes (and occasionally illustrations) on many of the cases encountered, often during busy and chaotic Glasgow weekends. In some cases Macewen would use this material for journal articles, for example this piece on opium poisoning which appeared in the Glasgow Medical Journal, August 1872. 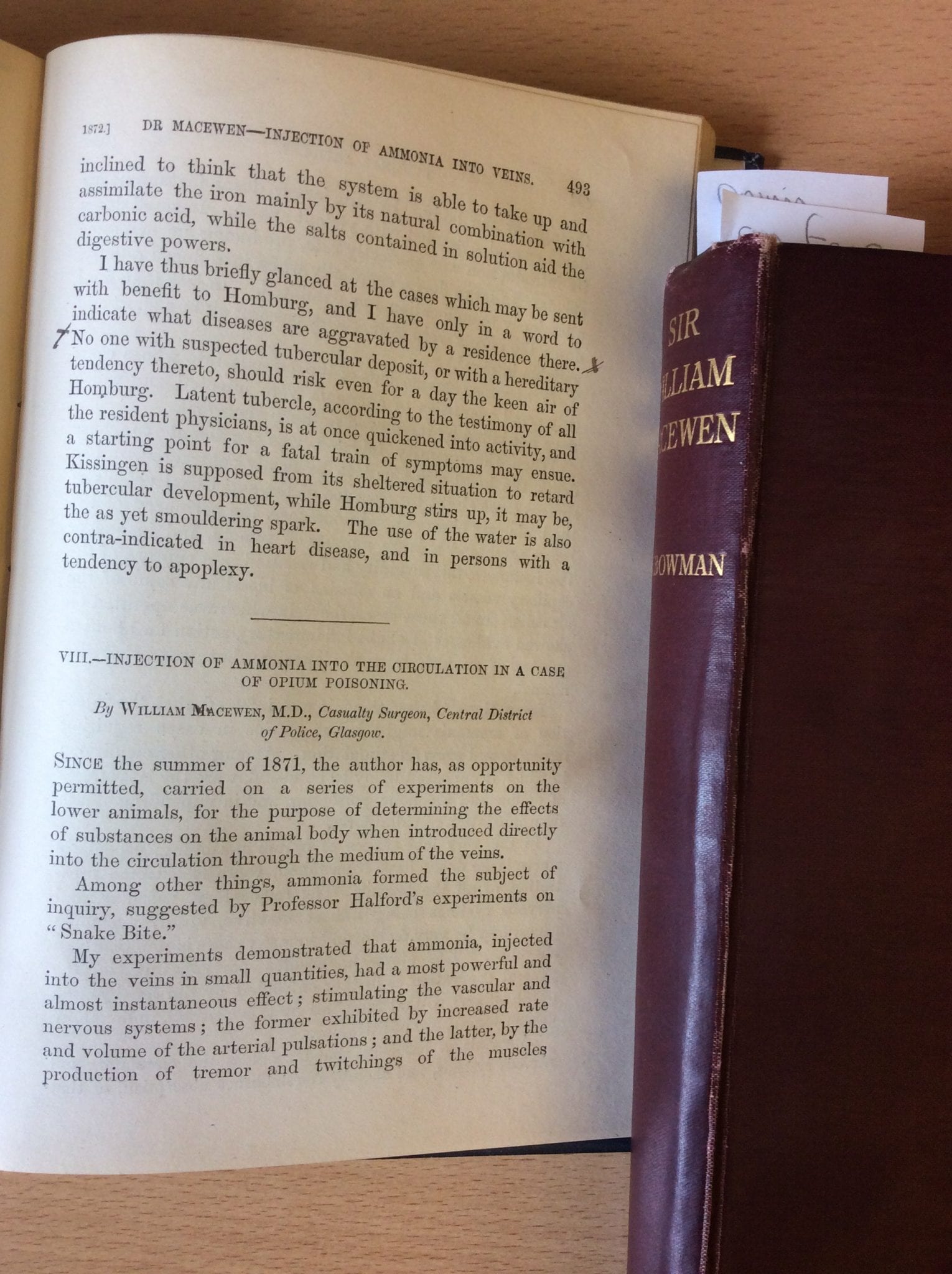 The role of Police Surgeon in the city was high-profile work. Macewen regularly gave evidence in court, sometimes for very serious cases, such as the trial for murder of Archibald Miller in 1874. Macewen kept extensive newspaper cuttings about the cases, seen below pasted onto Detective Department police paper. 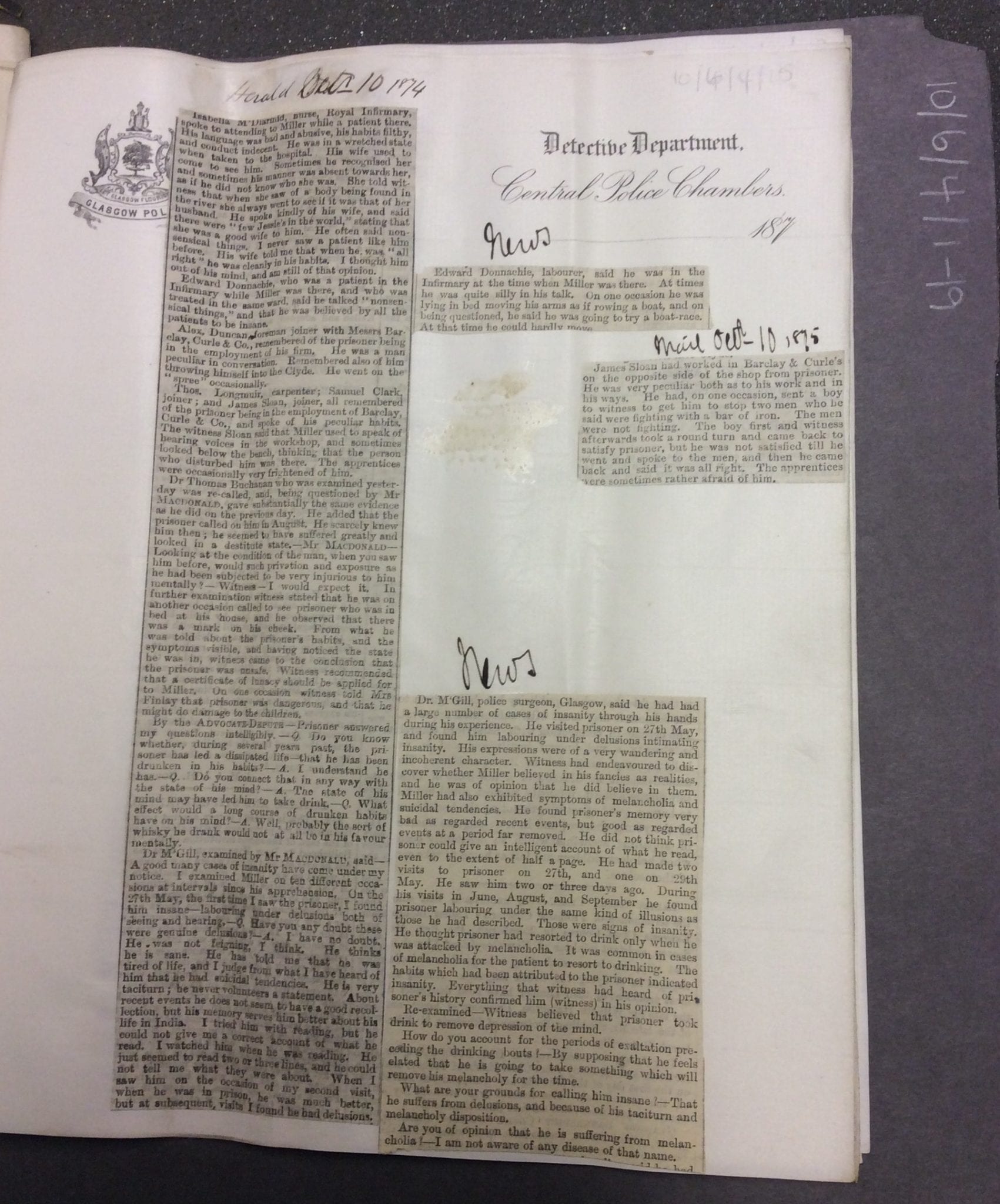 Newspaper cutting relating to the trial for murder of Archibald Miller, 1874

Macewen kept scrapbooks of cuttings relating to numerous cases that he treated or gave evidence for, from murder trials, accidents and assaults, to more mundane matters such as the case of rotten fish shown below. 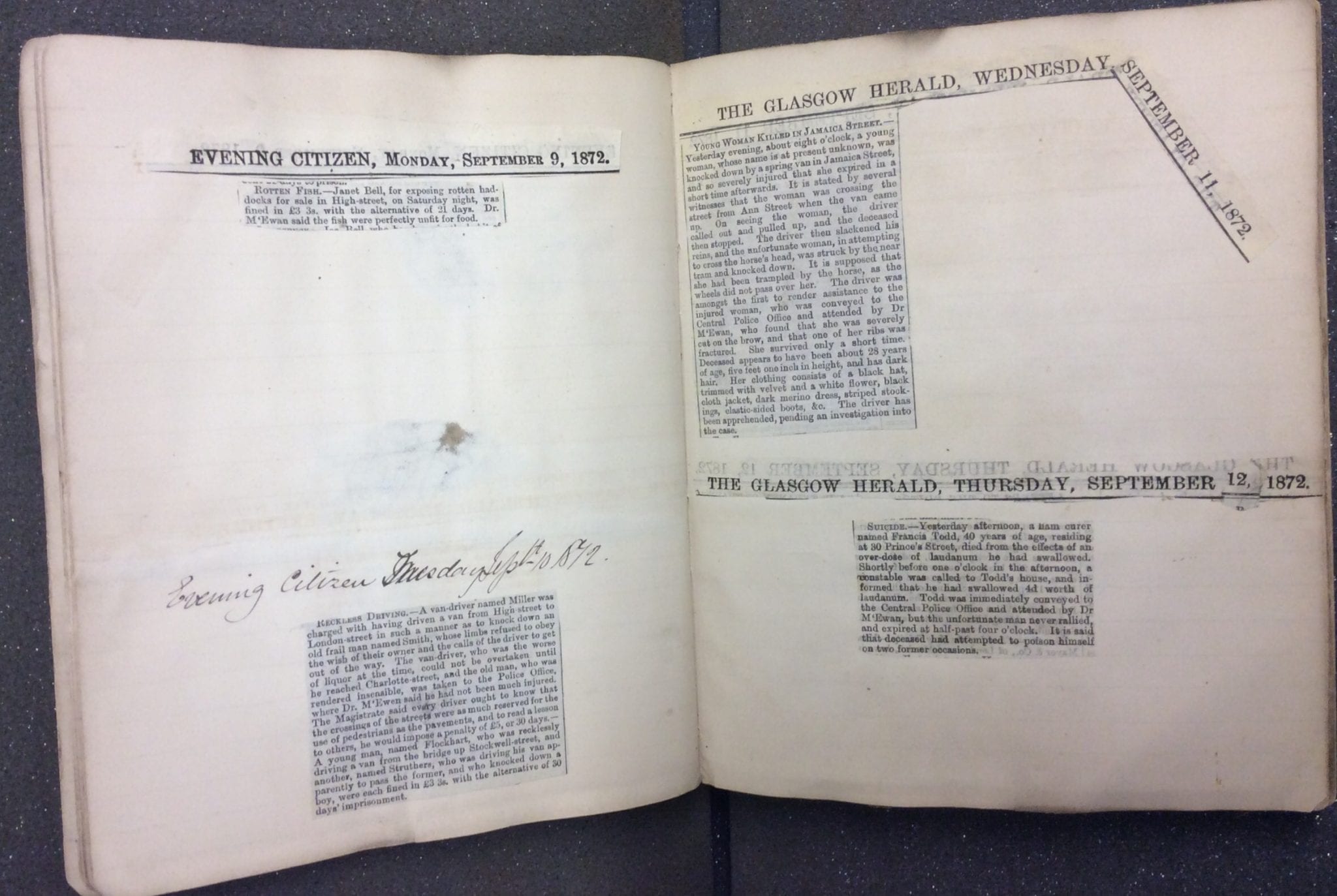 The range of incidents and injuries shown in the scrapbooks give a very vivid picture of the world Macewen worked in. His extensive journal notes and the many articles he wrote stemming from these experiences show how this informed his work as a surgeon, experimenter and innovator in the years ahead. His biographer of 1942, A K. Bowman, praised the style with which Macewen reports these experiences (referring here to the opium case) –

“The manner in which the story is unfolded reveals the high degree of artistry with which Macewen was endowed. It is a story of sombre light and shade which, set on canvas, would be Rembrandtesque.”

Our collection of the papers of Sir William Macewen (1848 – 1924) have archive reference number RCPSG 10.