Forgotten copy of a botanical encyclopaedia

Written by Andrew McAinsh on January 9, 2016

As we continue cataloguing our collection of folios, the latest addition to the catalogue is an expansive botanical work, chiefly written by the German botanist and pharmacologist, Theodor Friedrich Ludwig Nees von Esenbeck (1787 – 1837). Plantae officinales, oder Sammlung officineller Pflanzen is an encyclopaedic work on medicinal plants, published in 18 parts between 1821 and 1828 (with a 5-part supplement following between 1829 and 1833). The work contains coloured lithographic illustrations of over 500 different plants, with accompanying notes on their various properties. These illustrated plates are printed on wove paper (bearing the watermark ‘J Whatman in London’), and many are also mounted on a linen backing, which helps to make them particularly thick and durable. 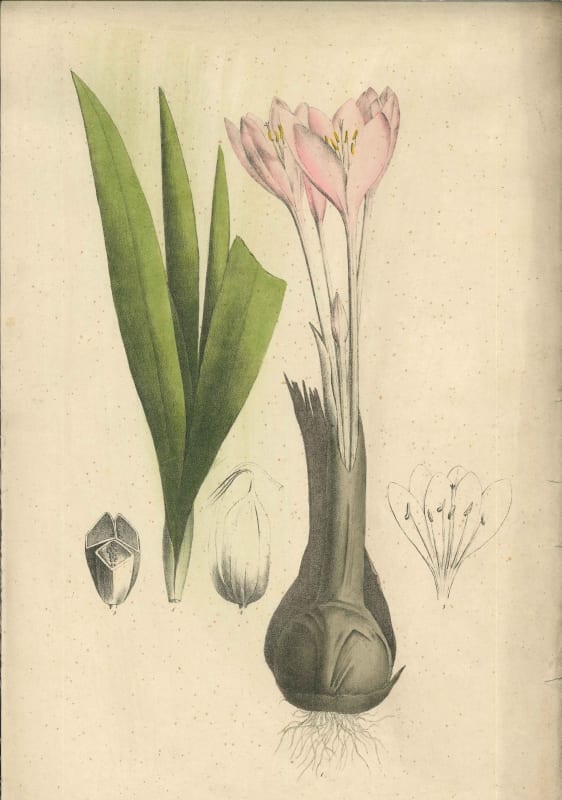 Finding other copies of this work can be a little tricky, as there is some confusion as to its proper title. Although it was issued in 18 individual parts, the work was apparently supposed to be bound as a single text volume with 2 volumes of plates and a further ‘Supplement’ volume. The letterpress title page for the text volume reads Plantae officinales, whereas the engraved title pages for the volumes of plates read Plantae medicinales, and both titles appear variously in library and booksellers’ catalogues. Most other copies on Copac and WorldCat appear to have been bound into larger volumes, but our copy remains in its individual parts. Unfortunately our copy is incomplete, as several parts are lacking a few plates each, and 4 parts are missing altogether. 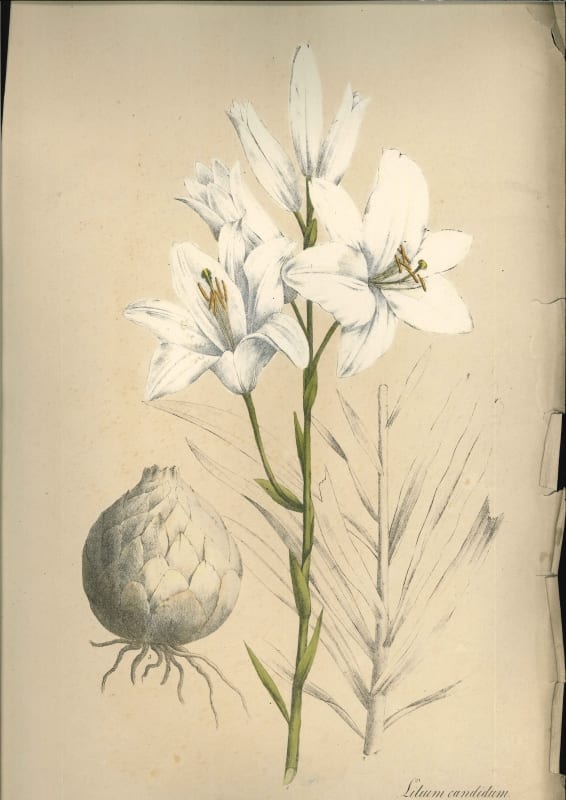 Lilium Candidum, or the Madonna lily

It’s not known when this work became part of the College Library’s collections. There is no mention of it in either volume of Alexander Duncan’s 19th century printed catalogue, but it does make an appearance in the card catalogue, compiled in the mid-20th century. It seems likely, therefore, that the work was acquired second-hand, long after its original publication. Each part bears a small bookseller’s label on the front, but there is no sign of a College bookplate or former shelfmark. This work seems to have been languishing forgotten on the shelves for quite some time, so we are glad to be able to add it to the catalogue and bring it some deserved attention.

Botanical works and books of herbal medicine turn up quite often in our collection of folios, and we hope to feature more interesting items as we carry on adding this collection to the catalogue. Remember you can search our catalogue online at http://rcp.sg/primo.