24th November 2015 marks the centenary of the birth of Tom Gibson, President (1976-78) and Honorary Librarian (1964-74) of our College. He made an outstanding contribution to 20th Century medicine by developing a “hypothesis that laid the scientific foundation of tissue and organ transplantation”1. 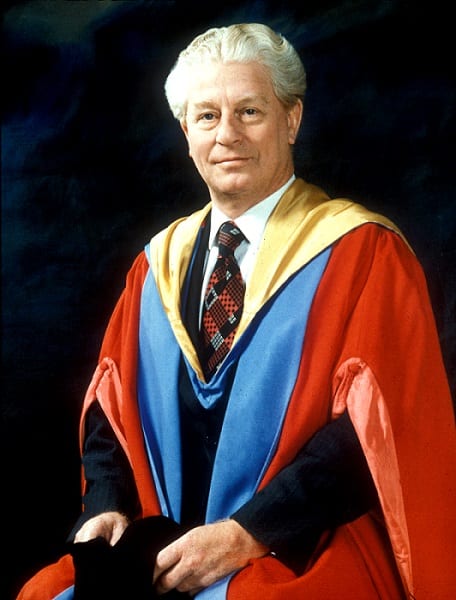 Tom Gibson was born in Kilbarchan, Renfrewshire, on 24 November 1915. He was educated at Paisley Grammar School and Glasgow University where he graduated MB, ChB in 1938. He worked in the Medical Research Council Burns Unit, Glasgow Royal Infirmary, 1942-4. While at the Burns Unit he made an outstanding contribution to the understanding of the mechanism of homograft rejection. He was joined in Glasgow by Peter Medawar who had been working in Oxford on the same problem and their joint work “The fate of skin homografts in man”, was published in the Journal of Anatomy in 1943. The article is quoted in Morton’s Medical Bibliography as the work which placed the laws of transplantation on a firm scientific basis.

Medawar was knighted and awarded a Nobel Prize in Physiology or Medicine in 1960 (along with Frank Macfarlane Burnet) for the discovery of acquired immunological tolerance. However, Medawar was keen to acknowledge the debt he owed to Gibson, and in a letter to him states:

“I know what lies behind it (in my case) is the work we started together in the old days at the Royal Infirmary – and I do want you to know how clearly I understand my deep obligation to you for giving me my first insight into the real problem we were facing… Thank God I was lucky enough to team up with you!” 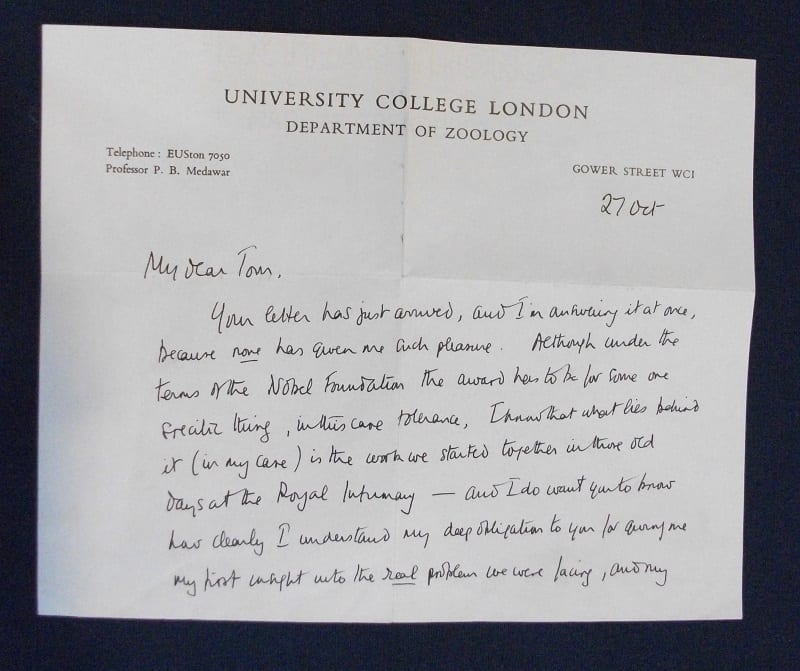 Letter from Medawar to Gibson

During this period Gibson also established the principles of management of the shock phase of burns. He subsequently worked in an RAMC maxillofacial surgery team until demobilisation in 1947. Following the war he joined the West of Scotland Plastic Surgery Unit, initially at Ballochmyle, later in Canniesburn Hospital, where he became Director in 1970 until he retired in 1980. His researches with Professor R.M. Kenedi culminated in the establishment of the Bioengineering Department of Strathclyde University, in respect of which he was appointed Visiting Professor and awarded an honorary DSc.

The College archive houses a collection of Gibson’s case histories, publications, photographs and correspondence (RCPSG 55). You can see some of these items in our latest exhibition in Crush Hall which runs until the end of November 2015.