Archive volunteer Edith Halvarsson, currently a student on the University of Glasgow’s Information Management & Preservation (Digital)/(Archives & Records Management) MSc course, has been updating the College’s archive collections on the Archives Hub.  In this blog post she writes about letters from the collection of 19th century ophthalmologist, Dr William Mackenzie:

The papers of William Mackenzie (RCPSG 24) are fascinating in that they provide a series of snapshots of early 19th century Europe. Mackenzie himself spent a three year tour and residence in France, Switzerland, Italy, Austria, Prussia and Germany between 1816-1818, coinciding with a period of great unrest throughout Europe. The impressions he gained of his tour are contained in two diaries (RCPSG 24/1/1-2) in addition to his correspondence.   After his return to Scotland he continued to correspond with expatriates and medical professionals abroad and build his impressive collection of European medical literature.  The letters touch on topics such as current events, minor gossip and the logistics of acquiring research specimens.

The earliest and perhaps most captivating letter from the collection is sent by Thomas Brisbane in Toulouse on the evening of Bonaparte’s removal from power (RCPSG 24/2/34). It describes in detail the Battle of Toulouse on the 10th of April 1814, the capture of the city and the scenes following the news of Bonaparte being dethroned:

“My Dear Sir
I have delayed in writing you till now that I might be able to inform you of the results of a battle in all likelihood the last that will be fought in this country or during this war…. His [Bonaparte] fall as was long ago predicted has been more sudden than his rise, and it is to be hoped he has fallen to never rise again. – Had we got information of this happy circumstance two days earlier it would have prevented a combat one of the most bloody I ever witnessed.” 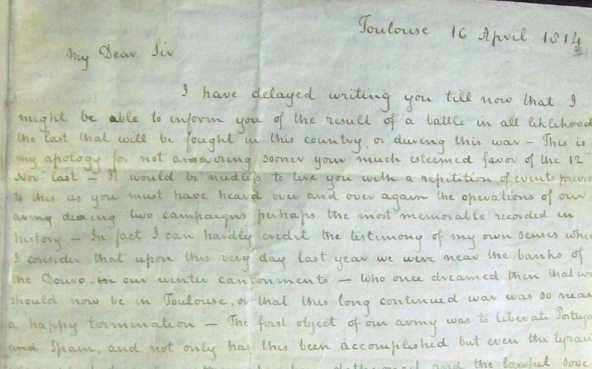 After recounting the battle Brisbane describes the capture of the city of Toulouse:

“In the forenoon we entered the city among the acclamation of the inhabitants who seemed overjoyed to see us – Their town guard was turned out to receive us with band playing and colours flying – nothing was to be heard but vive Anglais – That very night the news of Buonaparte being dethroned reached us … The town was illummated, the theatre opened and a grand ball given – the bust of Buonaparte in the great square was demolished in a very short time.”

Two years later, a letter from George Oswald Sym of London reached Mackenzie while on tour in Paris (RCPSG/2/159). By late 1816, the cold summer of that year resulted in poor crops and rising grain prices forcing many agricultural workers to leave their homes. With starvation, in addition to the social and economic turbulence following the French Wars, discontent was growing in both Europe and Great Britain.

Sym’s letter describes the state of medical classes at Glasgow University, but also touches on the famous Spa Field Riots of Islington (1816).  In his letter he states that the working classes are “on the brink of absolute want” and that:

“Immense public meetings have been held in all the great towns, and hence all dispersed without doing any much effort (?), except  one which was held yesterday . . . .[which] have made a deep impression on the public mind”.

The latter refers to a gathering in Islington on the 2nd of December 1816 which may have been attended by up to 20,000 persons.

In contrast, two letters from one of Mackenzie’s most frequent correspondents, Adam Boyd, illustrate the social distance that existed between some medical practitioners and the working class. In the summer of 1818 Boyd writes to Mackenzie during his holiday to Dorset (RCPSG 24/2/41). It is hard to imagine that Boyd was not aware that poor harvests had affected the local population.  Despite this, he chooses to describe “the country [as] becoming exceedingly Romantic”. In another letter (RCPSG 24/2/138), Boyd describes his weekend breakfasts as consisting of: “beef steaks, kidney collops, cold Tongue & Fowl, chocolate, coffee & tea, & sometimes strong beer”. 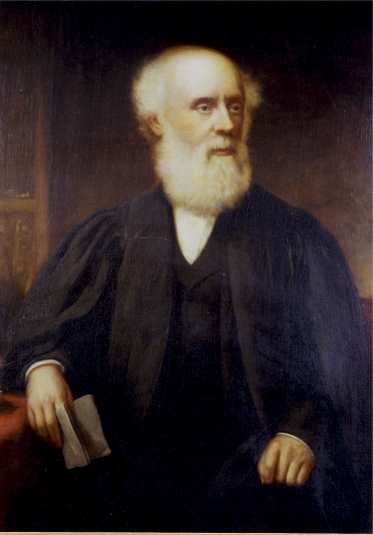 Above is just a small sample of Mackenzie’s numerous letters, whose descriptions are now available to view online on the Archives Hub.  If you wish to see the original letters please email library@rcpsg.ac.uk to arrange an appointment.