Origins of the University of Strathclyde

The origins of the University, however, date a lot further back than 1964 – to the will of John Anderson, Professor Natural Philosophy at the University of Glasgow, who died in 1796.

In his will, Anderson outlined plans for a university designed to be a place of education for all – a place of ‘useful learning’ and ‘liberality of sentiment’.   Anderson’s executors were determined that his ideas should come to fruition.  Initially known as Anderson’s Institution, subsequently Anderson’s University (1828) and then Anderson’s College (1877), this new educational establishment was to have a profound effect on learning and training within the city of Glasgow.  Anderson’s College merged to form the Glasgow and West of Scotland Technical college in 1887 with a further merger creating the Royal Technical College in 1912. 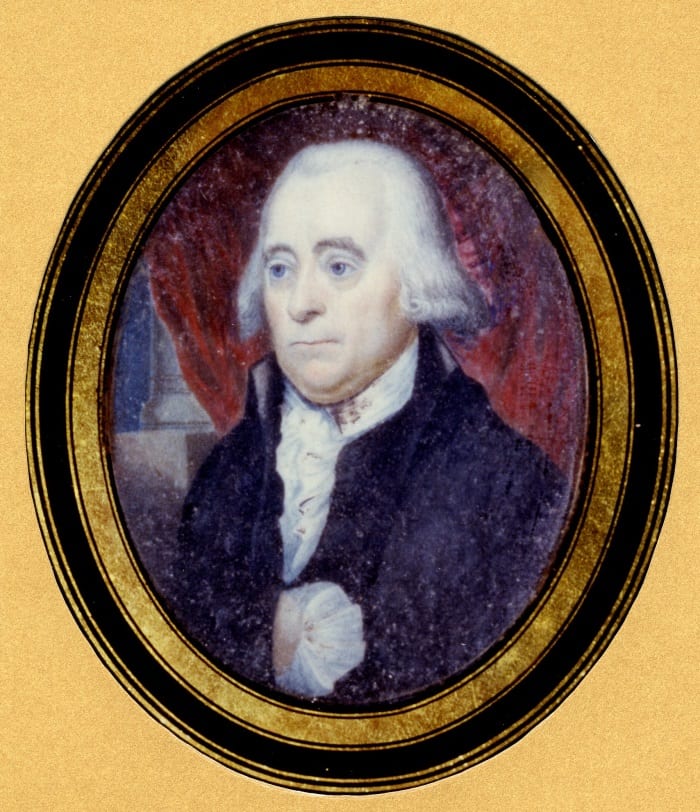 Peter Wright (c 1740 to 1819), five times President of the Faculty of Physicians and Surgeons of Glasgow.

John Anderson had provided instructions in his will for the foundation of a medical college as part of the new institution. In 1800 John Burns, a member of the Faculty of Physicians and Surgeons of Glasgow, was appointed Professor of Surgery and Anatomy. From 1804-1830, the Professor of Natural Philosophy was Andrew Ure, also a member of the Glasgow Faculty. 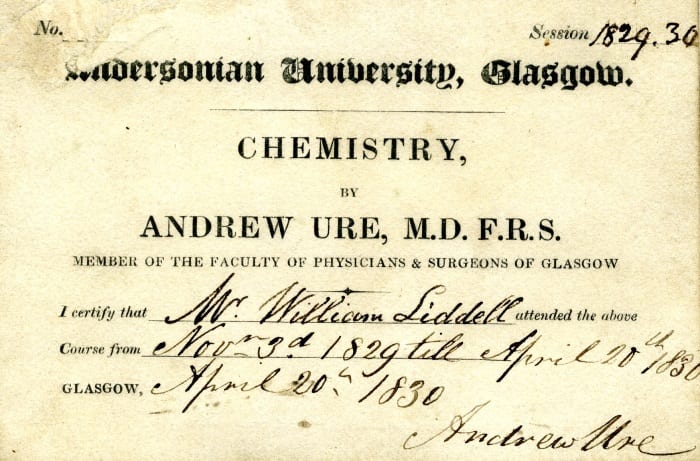 This close connection between the two bodies continued over the years as medical students at the Andersonian prepared for the Faculty’s examinations.

The African explorer and missionary, David Livingstone, attended classes at Anderson’s University, gaining a licentiates diploma from the Faculty of Physicians and Surgeons of Glasgow in 1840. 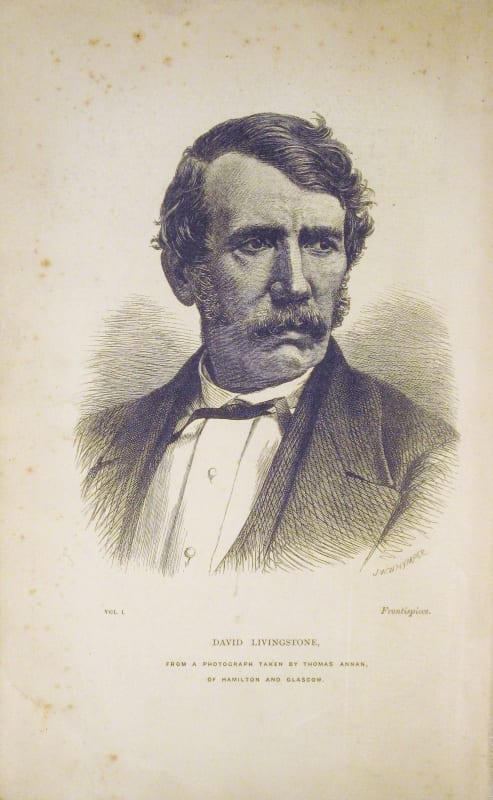 The College Library and Archive contains several items relating to the teaching of medicine at the Andersonian including a contains a manuscript book of those attending George Buchanan’s Anatomy classes from 1860-1874.  The volume has been digitised and is available on the Heritage website.  We also have notes of lectures on medical jurisprudence delivered by Buchanan’s colleague and friend Dr J.B. Cowan in 1859.

Anderson’s College Medical School broke away from its parent body in 1887 following the restructuring of technical education in Glasgow and in 1947 merged with the Faculty of Medicine at the University of Glasgow.

To share in the fiftieth anniversary celebrations of the University of Strathclyde we have put out a small display of items, including a printed copy of John Anderson’s will, in the College’s Crush Hall.  The display will be available until the end of July.

To find out more about our collections or if you would like to arrange a visit, please email library@rcpsg.ac.uk.