With the Commonwealth Games rapidly approaching, we have been looking over our collections to find out about attitudes to sport and sports medicine over the ages.  Exercise has been recognised as beneficial to health since ancient days.  Hippocratic physicians recommended a balance between diet and exercise.  The author of the Hippocratic Regimen in Health distinguishes between natural exercises such as walks and more strenuous exercises such as running and wrestling. A proper regimen of exercise was even considered to make a person more intelligent!

Ancient opinions and knowledge on the value and benefit of exercise were reviewed and summarised by the 16th century by Italian physician Hieronymus Mercurialis (1530-1606), resulting in the publication of the De Arte Gymnastica in 1569.  The College Library has a second edition of this work, published in Paris in 1577 and dedicated to the Holy Roman Emperor, Maximilian II.   Mercurialis begins his work by describing the physical training and gymnasia of the ancient Greeks and Romans, physical exercise being recognised of great value to the State as well as in the prevention of illnesses. 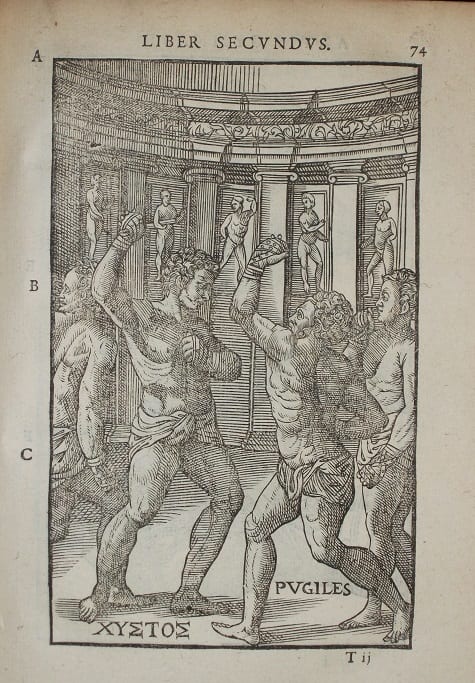 Mercurialis then proceeds to indicate the value of exercise in preventing illness and in the preservation of health.  Different types of exercise are described such as dancing, wrestling, running, discus and riding. 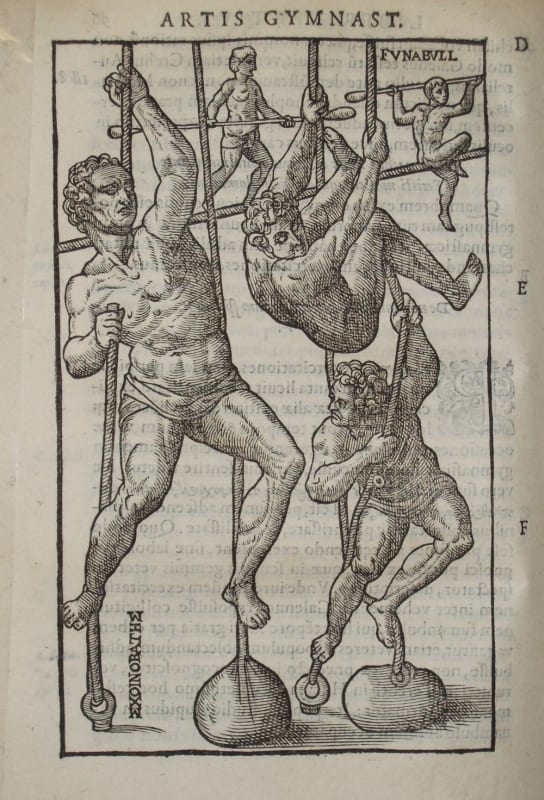 The book is considered as one of the founding publications in sports medicine and physical therapy.

An exercise regimen continued to be seen during the 17th and 18th centuries as a practical alternative/supplement to more radical procedures such as blood letting, blistering or even heavy doses of highly toxic mercurials.  The curative power of exercise was emphasised by the publication in the early 1700s of Francis Fuller’s  Medicina Gymnastica: or, a Treatise Concerning the Power of Exercise.  The College Library has a fifth edition of this work, printed in 1718. In this work Fuller considers that although exercise has been seen as beneficial for the preservation of health, promoting digestion and raising the spirits, it also ‘should prove Curative in some particular Distempers, and that too when scarce any thing else will prevail’.  Amongst the exercise recommended was the taking of a cold bath ‘Since it makes the Spirits recoil, and act with more united Vigour, upon the Subject Matter of the Disease’. The Appendix to the work contains a description of how the author cured himself of his own illness by horse riding being ‘convinc’d that Pain may be very much obviated or mitigated by the Motion of the Body’.

William Buchan, in his very influential and popular Domestic Medicine, first published in 1769, concurred that exercise would not only act as a preventative to illness but could also remove others where medicine proves ineffectual.  The College Library holds several editions of this work, the earliest being 1784. 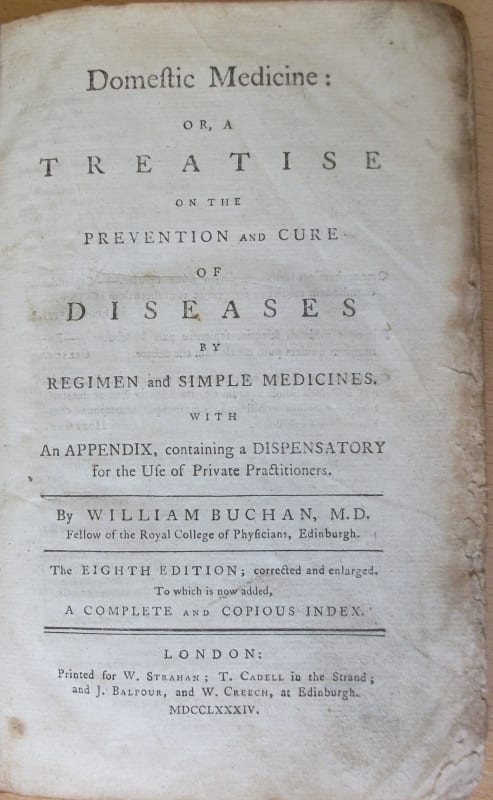 Buchan devotes a whole chapter to exercise noting that ‘the inactive are continually complaining of pains of the stomach, flatulencies, indigestions etc.  These complaints, which pave the way to many others, are not to be removed by medicines.  They can only be cured by a vigorous course of exercise, to which indeed they seldom fail to yield.’ He considers hunting, shooting, playing at cricket and golf  –  ‘a diversion very common in North Britain’ –  to be particularly beneficial.

Both Fuller and Buchan emphasised that all exercise was to be taken in moderation – a useful maxim to bear in mind for all bar the elite sportsmen/women of today.

Should you wish to view any of the books mentioned in this blog post please contact the Library, email: library@rcpsg.ac.uk.