There will be two lectures on the famous surgeon, Sir William Macewen during the History of Medicine Forum at the College’s triennial conference Advancing Excellence in Healthcare on Friday 20th June 2014. Mr Roy Miller will be speaking on ‘Macewen the man’ and Professor Ken Paterson will be speaking on ‘Macewen and the Princess Louise Hospital, Erskine’.   Details about Macewen can be found on a previous blog post from June last year.  This blog post will highlight Macewen’s work during the First World War.

Shortly after the outbreak of the First World War, Macewen was commissioned as Surgeon-General in Scotland for the Royal Navy, with the Rank of Surgeon Rear-Admiral.  In addition to his naval work he continued with his clinical teaching at the Western Infirmary, Glasgow.  He also supervised and cared for the naval and military wounded at Mount Stuart House, the home of the Marquis of Bute and also at Dungavel, the former hunting lodge of the Dukes of Hamilton.  He operated on Sir John Jellicoe, the Admiral of the Fleet and a letter of thanks from Jellicoe is stored in the Macewen papers in the College archive.  In this letter, written from his flagship the Iron Duke, Jellicoe writes: “On deck practically all day and part of the night and feel no ill effect at all, so that I am quite fit for anything that may turn up”. 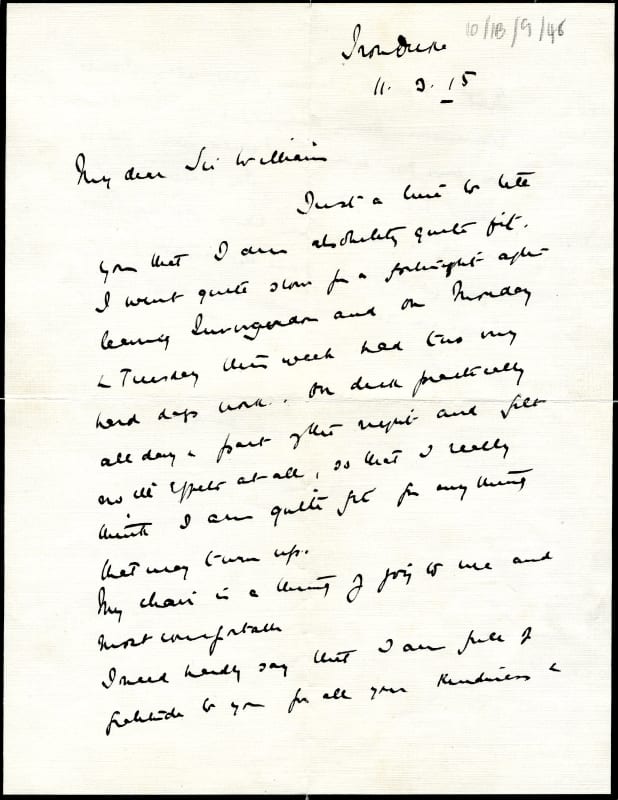 In addition to Jellicoe, Macewen also operated on Prince Albert (later to become King George VI) and a telegram from the Royal Family thanking Macewen for his care, can also be seen within Macewen’s papers.

Perhaps Macewen’s greatest legacy from the First World War, however, was the establishment of the Princess Louise Hospital for Limbless Soldiers and Sailors, now known as Erskine Hospital.  Erskine is situated on the River Clyde on West side of Glasgow.  The first cases were received at Erskine House in October 1916 with the formal opening ceremony being performed by the Patron of the Hospital, Her Royal Highness Princess Louise on the 6th June 1917.  At Erskine, Macewen initiated a new industry for the making of artificial limbs.  He enlisted the help of the Clyde shipbuilders and engineers, especially that of Harold Yarrow, who gave technical assistance and lent their best tradesmen and craftsmen.  The Erskine Provisional Limbs proved to be very successful.  They could be fitted quickly to a patient and they were cheap.  In addition to providing artificial limbs, workshops were set up to retrain those who had lost limbs.  Workshops were created for commercial instruction, carpentry, basketry, shoemaking, tailoring and hairdressing. 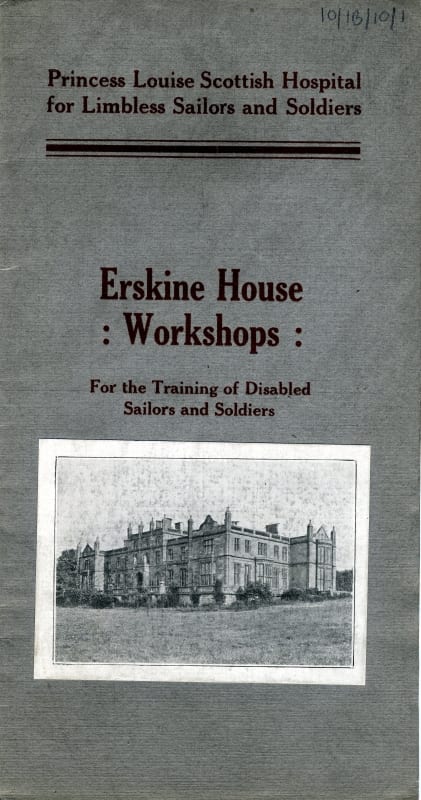 In the carpentry workshop instruction was given in making bee-hives, hen-coops and model yachts. In the tailoring workshop, men were taught kilt-making for the Army with men subsequently being employed by military clothing contractors in Glasgow. 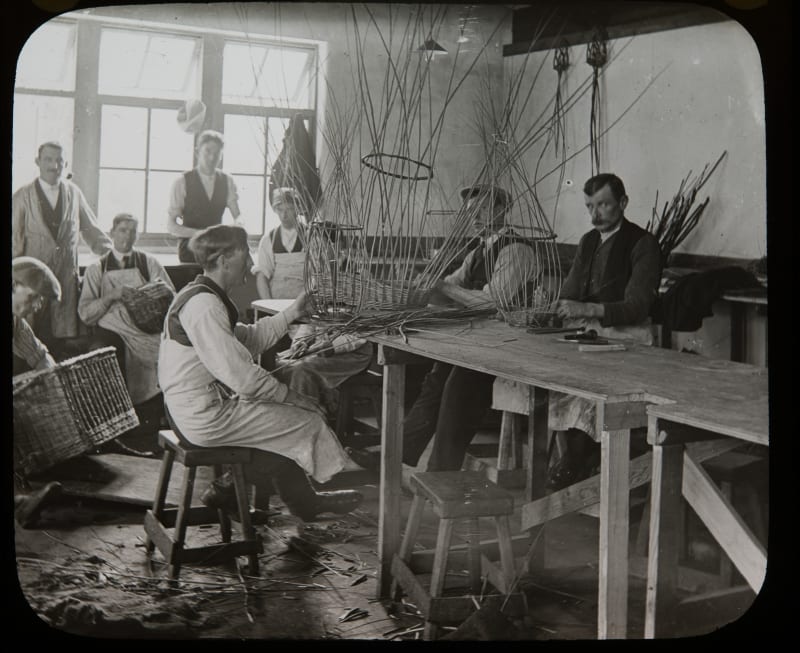 If you are interested in finding more about Macewen, his work and Erskine Hospital, then join us at the college’s triennial conference Advancing Excellence in Healthcare on Friday 20th June.