The college’s triennial conference, Advancing Excellence in Healthcare, takes place at the SECC in Glasgow on the 19th and 20th June 2014. To celebrate, we’ve been running a series of blogs relating to the History of Medicine symposium which is focusing on Glasgow’s contribution to medicine. This week we turn our attention to Professor Ian Bone’s talk on “Macintyre and the world’s first radiology department”.

John Macintyre was born in High Street, Glasgow in 1857. He initially trained as an electrician under the tutelage of Lord Kelvin before going on to complete his degree in medicine at the University of Glasgow in 1882. It was this interesting combination of expertise that placed Macintyre at the forefront of the development of radiology. 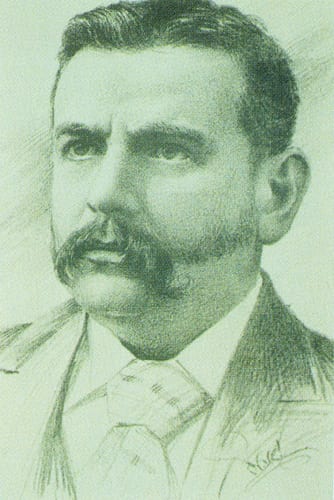 Professor Wilhelm Roentgen, a German physicist, first discovered x-rays in the November of 1895 whilst studying electrical effects on vacuum tubes. Roentgen sent details of his discovery to Lord Kelvin who passed the information on to Macintyre. At this time, Macintyre was employed by Glasgow Royal infirmary as their Medical Electrician and he very quickly grasped the significance of the discovery – In March 1896, only a few months after the discovery of x-rays, Macintyre obtained permission from the hospital managers to establish an x-ray laboratory, creating the first x-ray unit in the world to provide a service to patients. 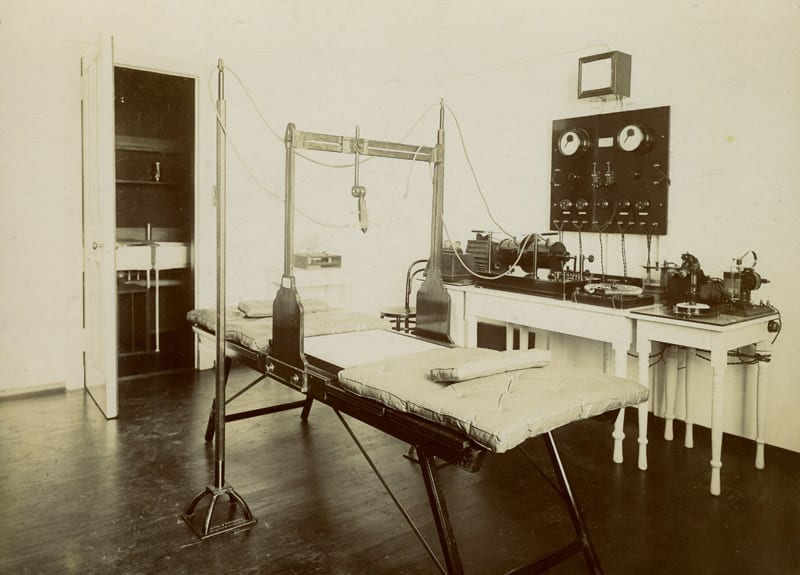 Macintyre was a pioneer of x-rays and is credited with taking the first x-ray of a kidney stone in-situ, a foreign body (halfpenny stuck in the gullet of a child), and the first cineradiogram showing the movement of a frog’s legs.

We hold many items relating to Dr John Macintyre and his work in our collections but perhaps the most interesting (and fragile!) is a set of high voltage vacuum discharge tubes used by Macintyre at the Glasgow Royal infirmary to create x-rays. 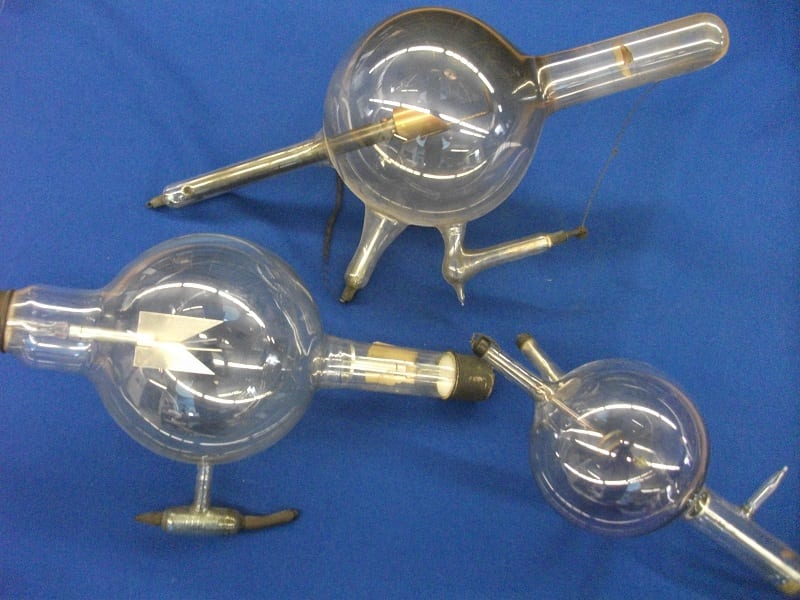 In recognition of his achievements he was made President of the Roentgen Society, Doctor of Laws of Glasgow University, President of the British Laryngological and Rhinological Society (Macintyre also specialised in otolaryngology and opened a very lucrative private practice at 179 Bath Street, Glasgow), and a Fellow of the French and American Associations. He became a Fellow of our College (then Faculty) in 1918. 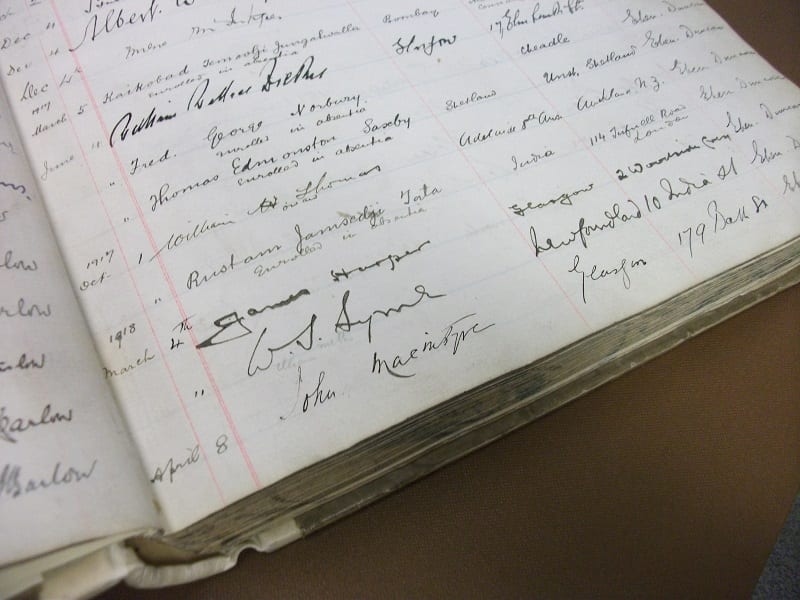 Dr John Macintyre’s signature in our Register of Fellows

To find out more about the History of Medicine Symposium, or for more information and booking details for the triennial conference, please visit the Advancing Excellence in Healthcare website or: https://rcpsg.ac.uk/documents/publications/college-news/24-college-news-summer-2014/file.