Botanical works in the College Library

This evening, in the College, Dr Henry Noltie from Royal Botanic Gardens, Edinburgh, will be delivering this year’s Incorporation of Gardeners’ Lecture on the topic of Scottish Surgeons and Indian Botanical Artists.  The Incorporation of Gardeners’ Lecture commenced in 2008 and the topic is generally centred around plants and medicine – an ancient association which is reflected in our library holdings.  The lecture provides us with an opportunity of putting out some of our early botanical works for visitors to view before and after the lecture.

The smallest work out on display is Aromatum, et simplicium aliquot medicamentorum apud Indos nascentium historia by Carlos Clusius, printed by Christopher Plantin in Antwerp in 1567.  This work is a Latin epitome (abridgement) of Coloquios dos Simples by Garcia d’Orta, published in 1563.  Garcia d’Orta practised medicine in Goa on the west coast of India.  He developed and maintained botanical gardens in which he grew medicinal plants which he used for his own practice and also sold commercially in Goa and Bombay.  In addition to information about Indian plants, the work also contains the first account of Asiatic cholera by a European author. 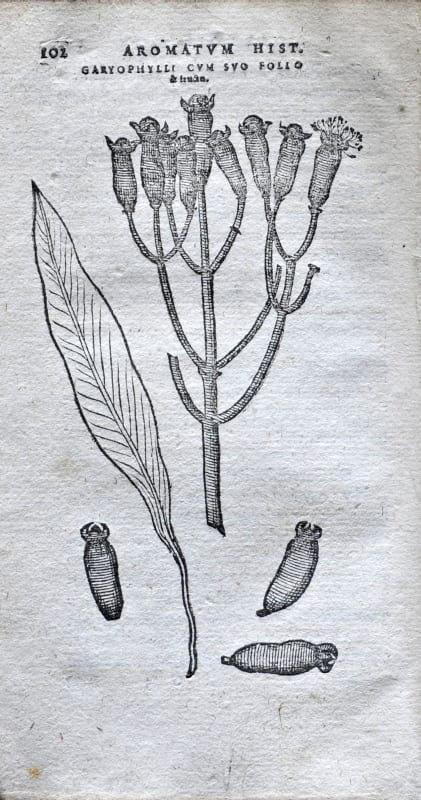 Illustration from Aromatum by Carlos Clusius, 1567

One of the largest books out on display is John Parkinson’s Theatrum Botanicum: The Theater of Plantes, printed in London in 1640.  This work is the last great English herbal to be produced with woodcut illustrations.  In this work Parkinson borrowed from a whole range of writings on materia medica with the addition of his own considerable knowledge (he was appointed Apothecary to King James I of England and was later honoured with the title “Botanicus Regius Primarius” by King Charles I).  He was responsible for the first mention of some 33 different native plants.  He also, however, accepted the existence of the unicorn – its horn being used to resist poison – and also describes using powder of mummies for pains in the head, coughs, dissolving wind in the stomach, overcoming poison, retention of urine amongst others. 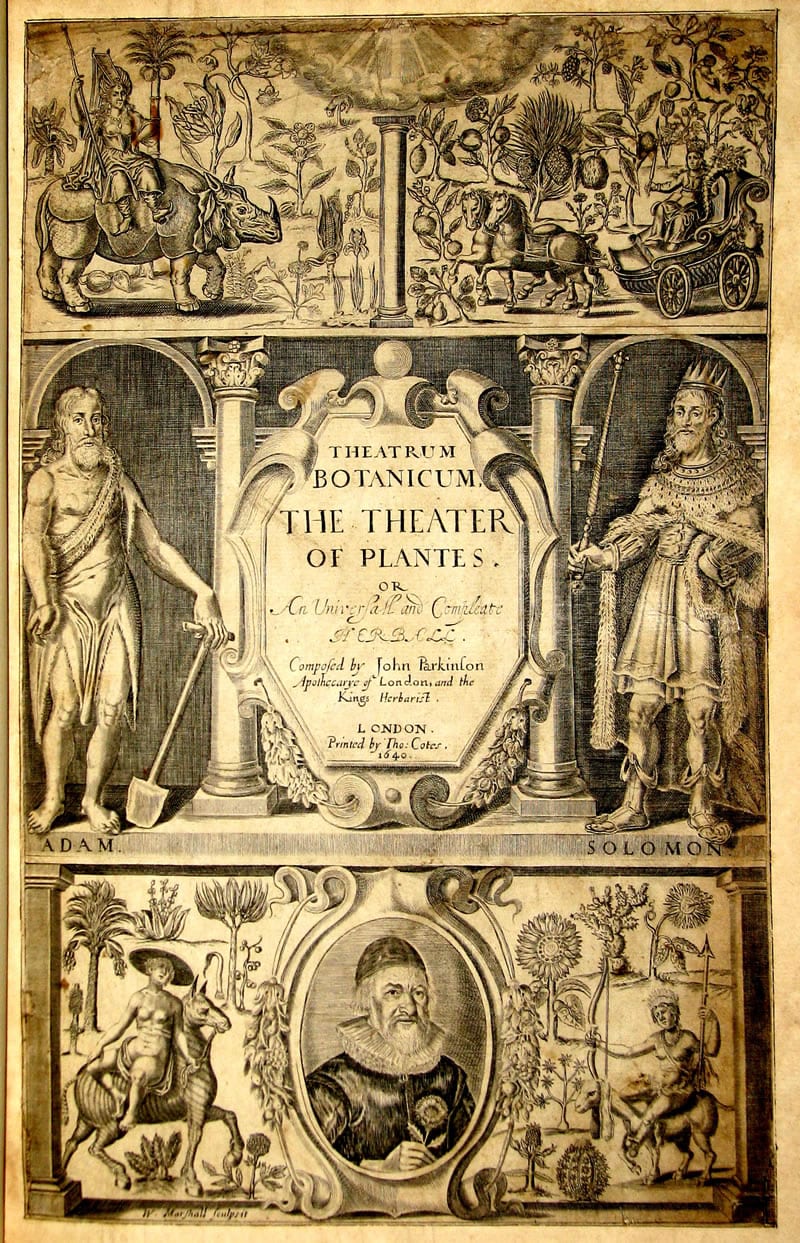 Theatrum Botanicum or The Theater of Plantes by John Parkinson, London, 1640

The display of botanical works will be available in Crush Hall until the end of May.  Please do get in contact should you wish to find out more about our botanical holdings by emailing library@rcpsg.ac.uk