Littlejohn’s Report of the Sanitary Condition of Edinburgh

Medical libraries do not generally include the reports of Victorian medical officers among their rare books. But as Paul Laxton, co-author along with Richard Rodger of a recently published book on 19th century public health in Edinburgh has discovered, the copy of Dr Henry Littlejohn’s Report of the Sanitary Condition of the City of Edinburgh in the Royal College of Physicians and Surgeons of Glasgow library is undoubtedly a rare book, one of only 20 surviving copies in libraries world-wide.  The College’s copy is a second printing – one of six in Great Britain – and is inscribed by Littlejohn to a Dr Fraser.  This may have been Dr James Fraser (d.1870), a Fellow of the Faculty of Physicians and Surgeons of Glasgow, who was Medical Officer for the River Clyde.

Laxton and Rodger consider Littlejohn’s Report as one of the most significant reports on the health of a city from the nineteenth-century — or any century.  Published in 1865, three years after his appointment as the first municipal medical officer in Scotland, it is extraordinary in several ways. It was holistic and comprehensive in approach, acute in analysis, precise and pin-sharp in its prose, unusually non-judgemental towards the poor, and firm but politically canny in its advice to the authorities. Above all it was based on extraordinary statistical research. Long before the modern use of small area statistics, Littlejohn presented his formidable array of data for over 1000 localities in the city, including historical statistics for the epidemics of the 1840s, in a 120-page appendix. One obituarist described it as ‘monumental’ (The Lancet, 10 October 1914, 913) and another said that it ‘marked an epoch in municipal life, and, indeed of the country’ (The Edinburgh Evening News, 1 October 1914, 3d). 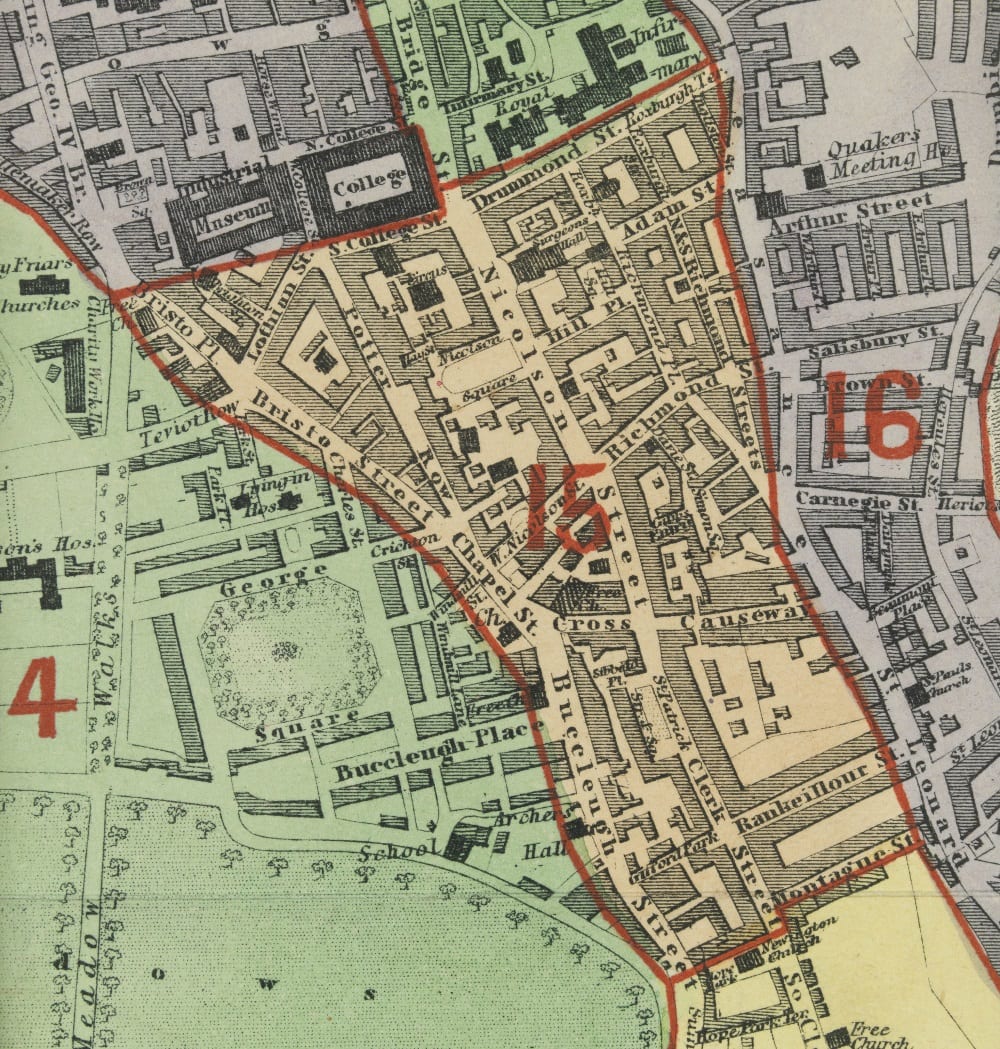 Map of the sanitary districts of Edinburgh from Littlejohn’s Report, 1865

Littlejohn analysed the city, as befitted a forensic surgeon, through a geography that reflected as closely as possible the social character of the districts. W. T. Gairdner, his contemporary (and briefly his teacher) shared his approach to public health and was a supporter of his appointment in Edinburgh. Gairdner also began his tenure as Medical Officer of Health for Glasgow the following year (1863) by mapping its health, though his more numerous smaller districts proved less durable. 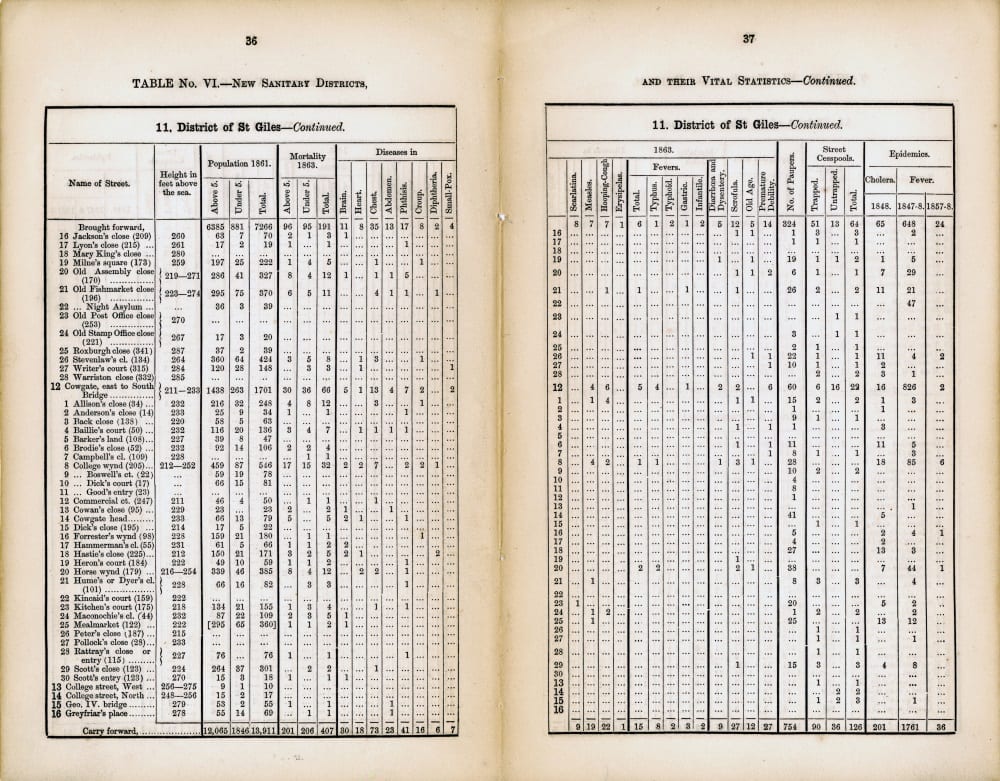 Part of the Appendix of Littlejohn’s Report, 1865, detailing closes in High Street and Cowgate, Edinburgh.

Sir Henry Littlejohn (who was knighted in 1895) was described in the British Medical Journal as ‘one of Edinburgh’s and of Scotland’s great men’ (British Medical Journal, 10 October 1914, 649). His career was indeed extraordinary: police surgeon for 54 years and medical officer of health for 46 years; medical officer to the Board of Supervision (the nearest to Scotland’s chief medical officer) for whom he wrote hundreds of reports; renowned expert witness in cases of murder and suspicious death as medical advisor to the Crown in Scotland; popular lecturer to thousands of medical students at the Royal College of Surgeons in Edinburgh from 1855 to 1905; and much more. As The Scotsman put it, he ‘got through an amount of work which would almost have taxed the sole energies of any ordinary man’ (The Scotsman, 2 Oct 1914, 5ab).

Further information about Littlejohn and his important report can be found in Paul Laxton and Richard Rodger’s book, Insanitary City: Henry Littlejohn and the Condition of Edinburgh, Carnegie, 2013  which reproduces the Report in its second printing, with full notes on textual differences from the first printing and an abridged edition of 1866. It also provides a 226-page illustrated study of the historical context of Littlejohn’s appointment and the making of the Report, together with a commentary on its contents and  conclusions.  A copy of this work is available in the College Library.  You are welcome, too, to view College’s copy of the second printing of the 1865 Report.  Please email us if you would like to do so at library@rcpsg.ac.uk