Within the archive of the Royal College of Physicians and Surgeons of Glasgow there is a photograph album relating to the career of nurse Annie Allan before and during the First World War.  Annie was born in Aidrie in 1888 and trained at the Camelon Fever Hospital in Falkirk before moving to the Elder Cottage Hospital in Govan.  Elder Cottage Hospital consisted of thirty beds in two wards named Florence Nightingale and Sophia Jex Blake.  Florence Nightingale (1820-1910) represented the professionalization and training of nurses and Sophia Jex Blake (1820-1910) was one of the first female doctors in the UK and had established in Edinburgh the first hospital in Scotland to be run by and for women.  Perhaps it was the inspiration of these women that led nurse Annie Allan to join an all-women operation for her war service. 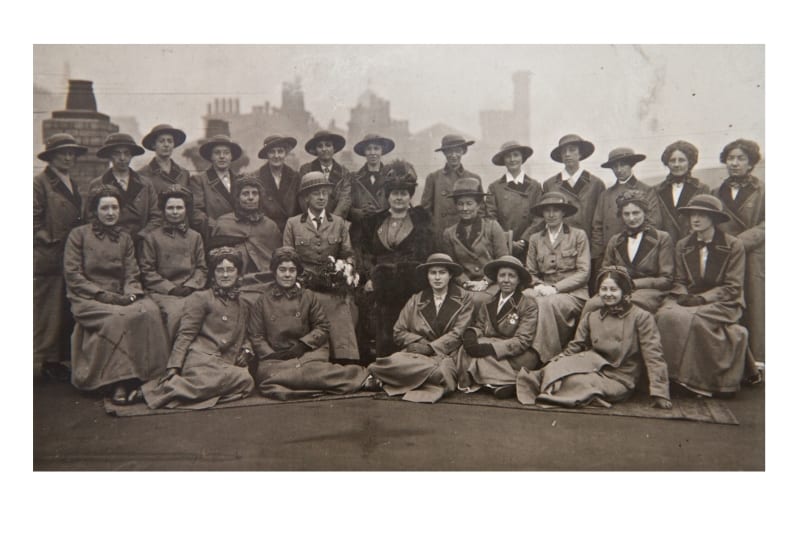 Girton and Newnham Unit of the Scottish Women’s Hospitals about to embark on board ship at Liverpool, October 1915.

Annie served with the Girton and Newnham Unit of the Scottish Women’s Hospitals in Serbia and Salonica. The Unit had initially been established in Troyes in France, but was selected to accompany the French Expeditionary Force to the Eastern Mediterranean.

Annie set sail from Liverpool in October 1915 bound for Salonica. On arrival at Salonica, the Unit was instructed to proceed to Geuvgueli, just across the border in Serbia where the French were forming a large hospital centre.  An empty silk factory was given to the Unit and used for staff accommodation, the operating theatre, X-ray room and the pharmacy.  Marqee-ward tents were erected for the patients – all French soldiers, many of them Senegalese. 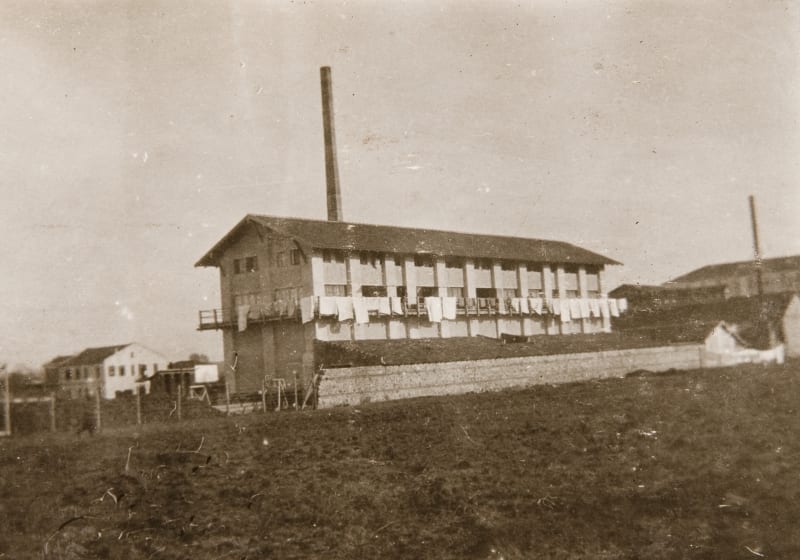 Disused silk factory used for accommodating members of the Girton and Newnham Unit at Guevueli, Serbia

The Allied attempts at saving Serbia were, however, too late and the hospital had only been fully operational a short time before the Unit was commanded to retreat along with the Allied forces to Salonica.  Here, the Unit re-established the hospital on a piece of swampy waste ground by the sea – the only place they could find in an area overflowing with refugees and retreating armies. 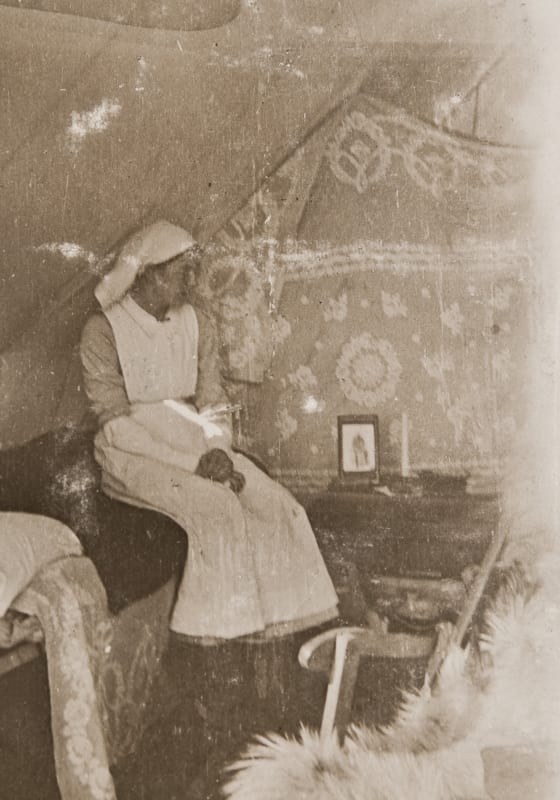 Nurse Annie Allan in her tent at Salonica.

The summer in Macedonia in 1916 was very hot and brought with it the attendant problems of dysentery, flies and, worse of all, malaria.  The nursing duties would have been very heavy indeed.   Following her experiences in Salonica, Annie Allan became matron of Caldergrove Auxiliary Hospital, Hallside, Lanarkshire. 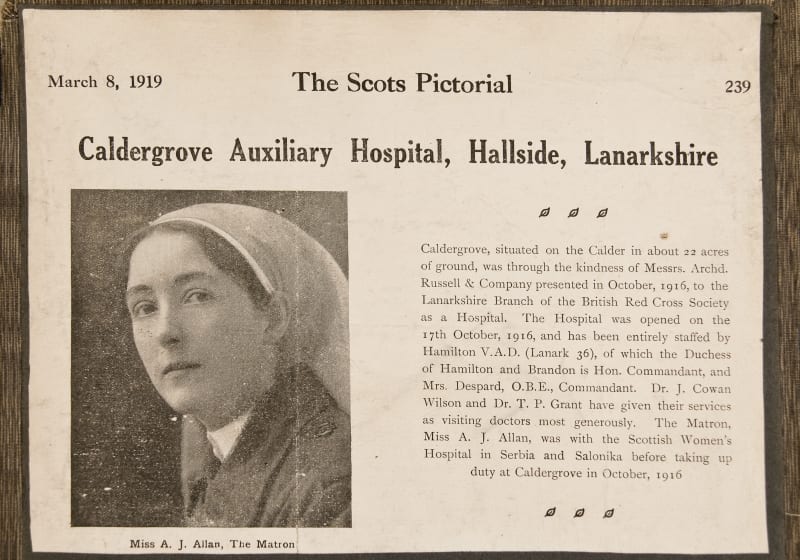 We would very much like to know more about Annie J Allan so please get in contact email: library@rcpsg.ac.uk if you do have further details about her life.