The famous man-midwife, William Smellie, was born in Lesmahagow near Lanark in 1697.  Following education at the Grammar School in Lanark he was apprenticed to an apothecary, William Inglis.  He continued his medical training by joining the Royal Navy as a Surgeon’s Mate and, on his return from sea, set up practice in Lanark.  He had a great interest in obstetrics and noted down all of the interesting cases that he came across.  Some of these were later included in his work Treatise on the Theory and Practice of Midwifery.

Smellie became a member of the Faculty (now Royal College) of Physicians and Surgeons of Glasgow on 5 May 1733.  Joining the Faculty enabled him to gain contact with fellow medical practitioners and allowed him the benefits of the Faculty Library where he could learn more about the advances being made in medical science.

In 1739 he moved to London and here his teaching, publications and practice established him as the leading exponent of midwifery in England.  His Treatise on the Theory and Practice of Midwifery was first published in 1752 and was a milestone in describing the mechanism of parturition more accurately than any other writer. 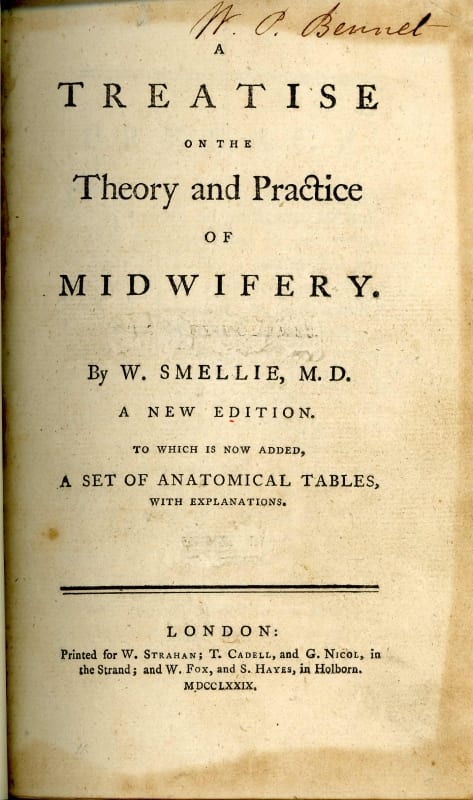 Smellie developed his own forceps made of iron with the blades covered with leather and was the first to provide safe guidance on using such instruments.  He also invented the “Smellie manoeuvre” to deliver breech cases. 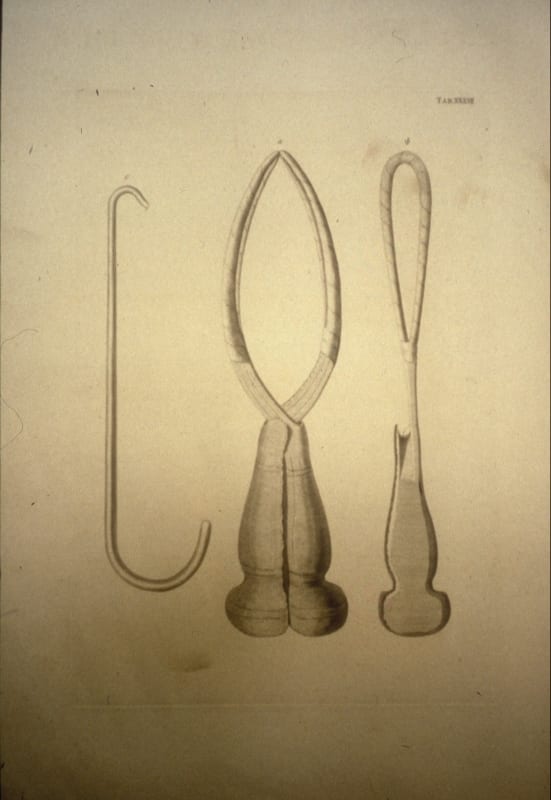 Smellie’s Set of Anatomical Tables..and an abridgment of the practice of Midwifery, was first published in 1754.  The book contains 39 engravings of which 26 are after the drawings of the Dutch artist, Jan van Rymsdyk.  These drawings, in red chalk, are in Glasgow University Library’s Special Collections.  In the preface to the Anatomical Tables, Smellie writes that “the greatest part of the figures were taken from Subjects prepared on purpose to show everything that might conduce to the improvement of the young practitioner, avoiding, however, the extreme Minutiae”.  The images, as a consequence, have a diagrammatic character, not unlike a modern textbook. 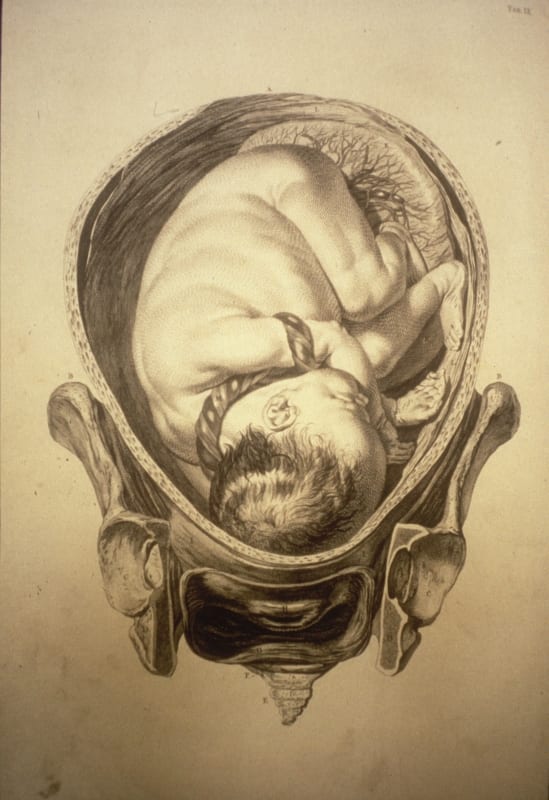 Smellie retired in 1759 to Lanark and died on 5 March 1763.  He is buried in the old churchyard of St Kentigern’s at Lanark.  He bequeathed his library to his old school in Lanark and his book collection is now housed in Lanark Library.

The Library of the Royal College of Physicians and Surgeons holds copies of a number of Smellie’s works including his Treatise and the Anatomical Tables.  Details about them can be viewed on the Library catalogue.