The College is celebrating Trafalgar Day today, 21st October, by placing the instruments of William Beatty, surgeon to HMS Victory on display in Crush Hall.  The instruments may be viewed between 2.00 pm and 5.00 pm this Monday and on Monday afternoons of the 28th October, 4th and 11th November.  The instruments are quite fragile and rarely on public display. They were gifted to the College in 1921 by Mr William Ewing Gilmour of Rosshall, Sutherlandshire on the instigation of Mr J.B. Hilliard, surgical instrument maker in Glasgow.  The instruments were made by Laundy of London who were producing instruments from 1783 to about 1843. 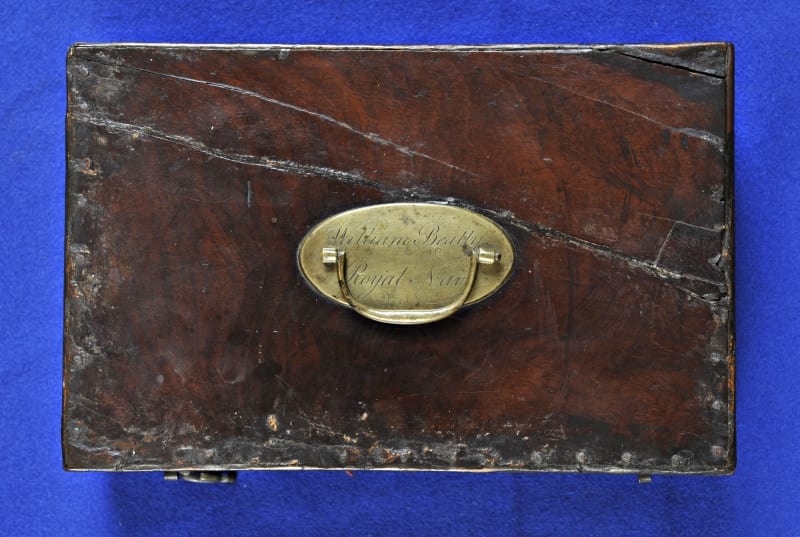 Inside the case, the instruments include a screw tourniquet, an amputation knife with detachable handles, two trephines and forceps.  Inset into the box lid, behind a velvet-covered panel, are more instruments, including a fine-toothed bow saw, a knife, a hook and forceps. The box would have been easy to carry to the wounded, further instruments and medications being stored in the surgeon’s cabin. 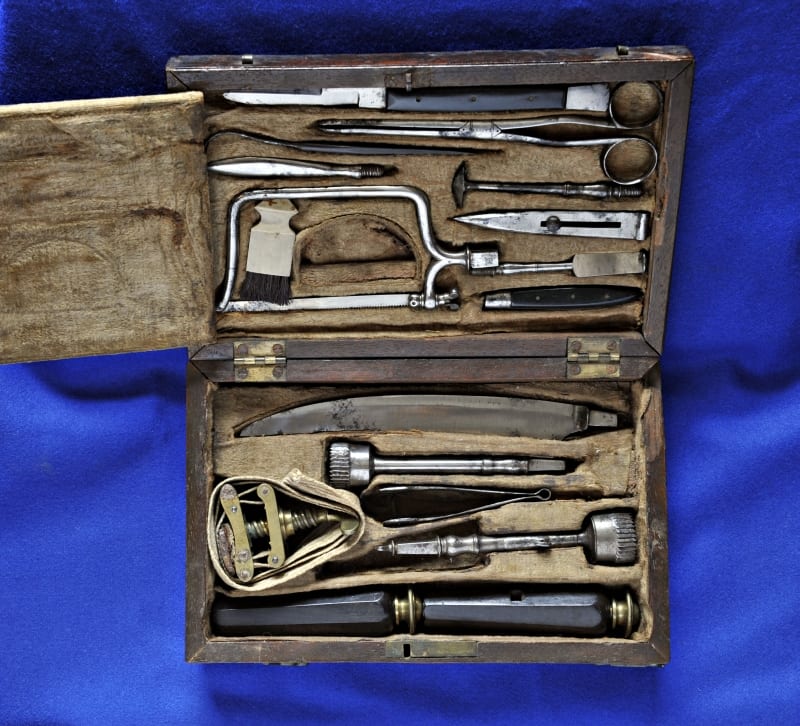 Beatty was with Nelson when he died on the 21st October, 1805 and later wrote a book about Nelson’s last hours entitled An Authentic Narrative of the Death of Lord Nelson, 1807. 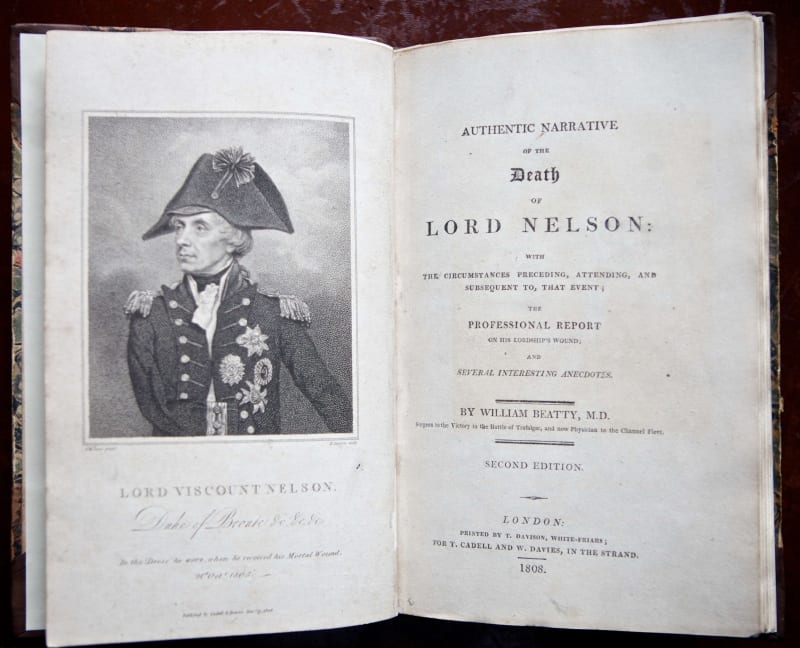 Title page of William Beatty’s work on the death of Lord Nelson.

The College Library has a second edition published in 1808.  In this work Beatty describes how he preserved Nelson’s body in a barrel of brandy for its journey back home to England.  At Gibraltar the barrel was topped up with canary wine as this was considered a better preservative.  On reaching Portsmouth, Beatty conducted a post-mortem examination on Nelson’s body, discovering the fatal ball which  was lodged in the muscles in the back of Nelson’s spine.  Beatty removed the ball and kept it as a keepsake.

Beatty later became Physician at Greenwich Hospital and was knighted in 1831.  He died in 1842 and was buried in Kensal Green cemetery in London.

Further details about future Monday afternoon displays at the Royal College of Physicians and Surgeons of Glasgow can be found on the Heritage website.