200th Session of the Royal Medico-Chirurgical Society of Glasgow

Watt had previous experience of medical societies having helped inaugurate a medical society in Paisley in 1805 and was also a member of the London Medical and Chirurgical Society.  Right from its inception the Glasgow Medical Society had a very close connection with the Faculty of Physicians and Surgeons of Glasgow, meeting in Faculty Hall in St Enoch Square. 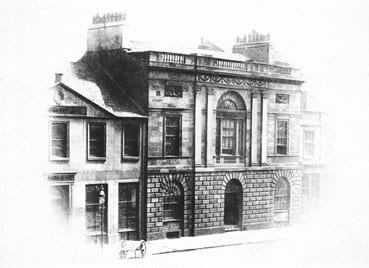 In 1823 Mr James Brown complained ‘of the coldness and uncomfortable nature of the Hall, and moved that a committee be appointed to enquire into the matter whether if might be better to attempt some alterations or to find some other room in town better adapted to the purpose.’   Whatever the outcome of this separate committee, meetings continued to be held in the building at St Enoch Square and, when the Faculty moved in 1862 to its present location in St Vincent Street, meetings of the Society were transferred there too.  Very likely because of its close connections with the Faculty, the Glasgow Medical Society did not have its own library (unlike other medical societies such as the Greenock Medical and Chirurgical Association).  However, essays read out at Society meetings were bound into a series of 28 volumes covering a wide range of early nineteenth century medical interests. 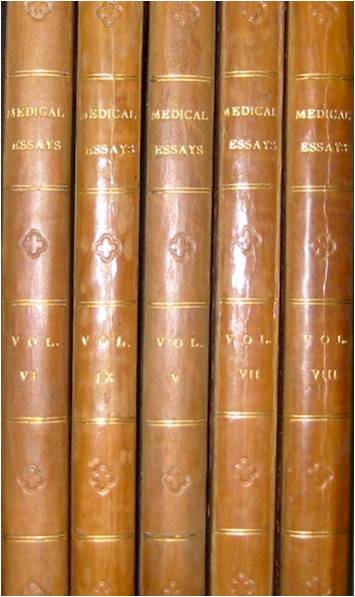 A further merger occurred in 1944 with the absorption of the Glasgow and West of Scotland Medical Association.  The Association had been founded in 1868 specifically for the publication of the Glasgow Medical Journal. The journal had experienced financial difficulties since its inception and the merger in 1944 helped to place it on a sounder financial footing.

The society’s centenary celebrations were postponed due to the First World War but were eventually held in November 1919.  A special banquet was held in the Grosvenor Restaurant in Gordon Street.  Tickets were priced at 12/6d each.  John Fergus wrote a poem to celebrate the event and the President of the Royal Society of Medicine, Sir Humphry Rolleston read out a message of congratulations to the Society. 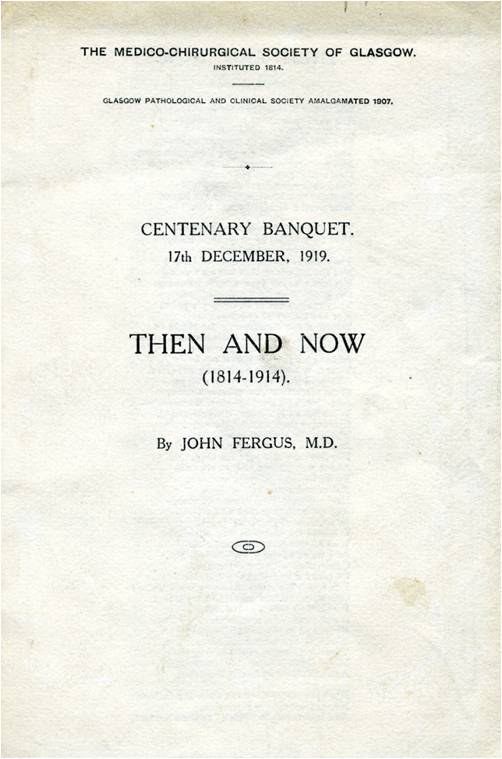 Front page of poem written by John Fergus for the Centenary Banquet of the Medico-Chirurgical Society of Glasgow, November 1919

The crowning glory of the evening, however, was when the President, Mr A Ernest Maylard read out a letter that he had received only four days previously from Mr Monro, the Secretary of Scotland:

‘I have it in command to acquaint you that His Majesty has been graciously pleased to direct that the Society shall be known henceforth as “The Royal Medico-Chirurgical Society of Glasgow.” ‘

This was a huge achievement and a mark of the high esteem in which the Society was, and continues to be, held.  We wish the Society well for its next two hundred years.

Further details about the Royal Medico-Chirurgical Society of Glasgow including its current syllabus can be found on the Society’s web page.

The archives of all the societies mentioned above are held in the archives of the Royal College of Physicians and Surgeons of Glasgow. For further details please email library@rcpsg.ac.uk