The College and India

We have just published a new exhibition on the College and India.  The College has over 600 members in India and is currently supporting an international conference run by the International Medical Science Academy in Bangalore which will be held this weekend on October 5th and 6th.  The online exhibition highlights items from the College’s historical collections relating to India.  It includes this wonderful wood cut of an armoured elephant from a treatise by Cristóbal Acosta, 1578.  Printed in Burgos in Northern Spain, one wonders whether the artist who created the wood cut had ever seen a real elephant.  The feet seem somewhat beast-like and the trunk seems very long. 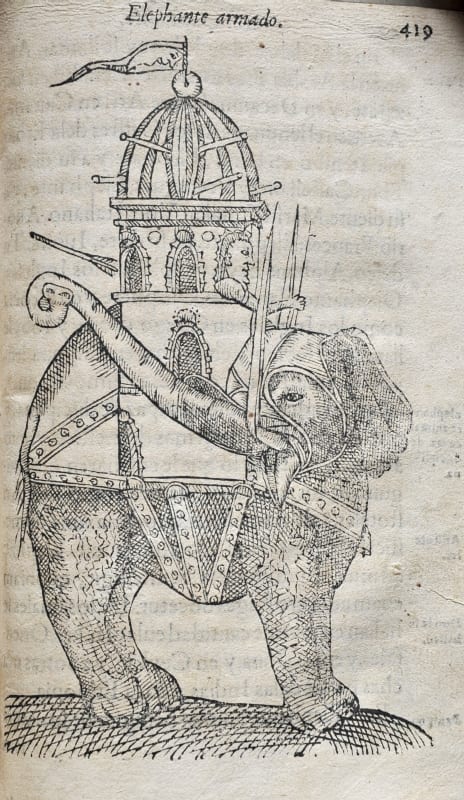 Acosta’s treatise on elephants is in a volume bound in with his work on spices and medicinal plants in India.  This work is based on an earlier text by Garcia de Orta, first published in 1563. These works were one of the main ways that medical practitioners in Europe could learn about materia medica from the East Indies.

In 1820  the licentiates diploma of the Faculty (now Royal College) of Physicians and Surgeons of Glasgow was recognised as a valid qualification for service as a medical officer in the East India Company. 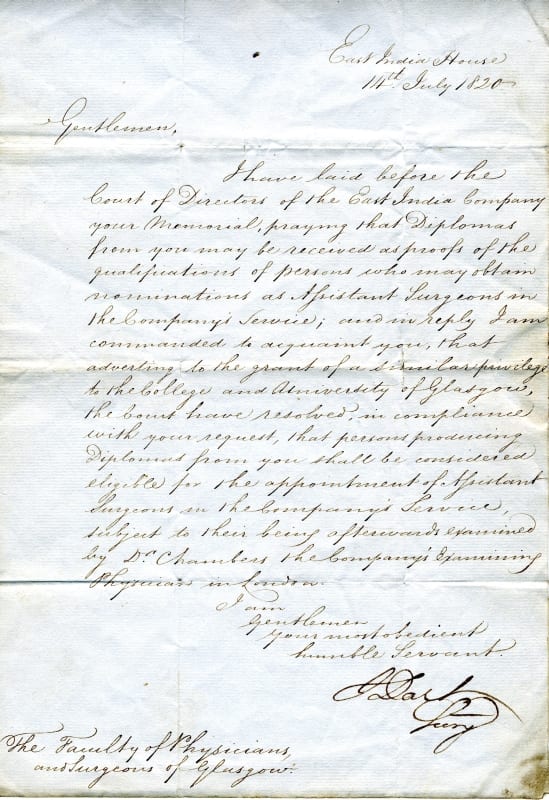 Letter to the Faculty of Physicians and Surgeons of Glasgow from the East India Company, 1820

For those members of the Glasgow medical fraternity who stayed closer to home, however, their first introduction to medicine in India may well have been a paper read on the 3rd February 1871, by Gopaul Chunder Roy to the assembled audience of the Glasgow Medico-Chirurgical Society “On the Past and Present State of Medicine in India”.  The meetings of the Society were held in Faculty Hall (now the Alexandra Room) at 242 St Vincent Street, Glasgow.  Roy was a graduate of Calcutta Medical College and it would be another Calcutta graduate, Yamani Sen, who became the first female Fellow of the Faculty of Physicians and Surgeons of Glasgow in 1912.

The College’s connections with India have steadily increased during the 20th and 21st centuries.  Examinations have been offered in India since the mid 1990s.  Starting with just one examination centre at Dharwad in 1995, examinations are now (2013) held in Ahmedabad, Bangalore, Chandigarh, Chennai, Dharwad, Hyderabad, Kolkata, Mumbai, New Delhi and Pune. 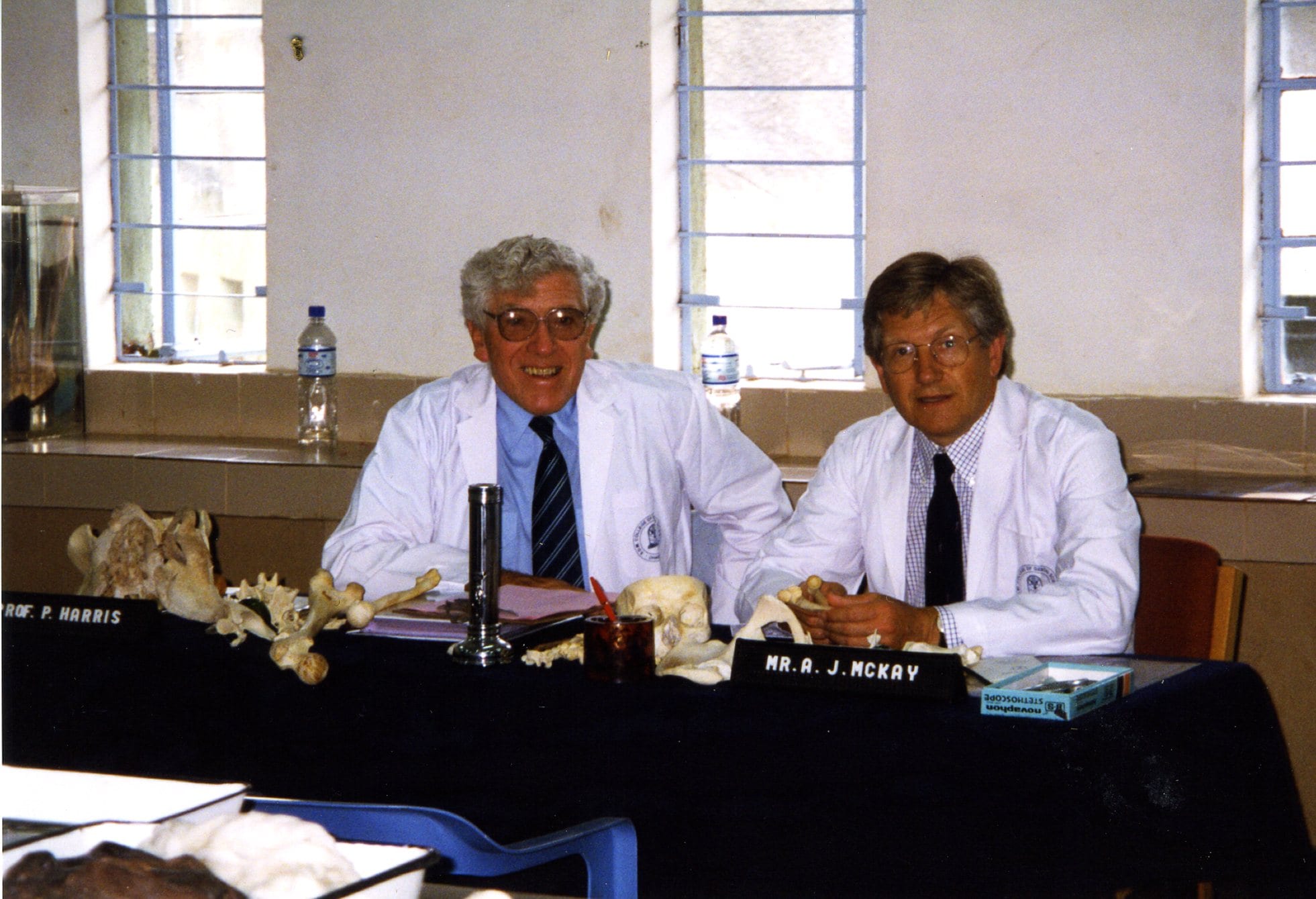 For further details about any of the items mentioned in either this blog or on the exhibition pages please email library@rcpsg.ac.uk