Granville Sharp Pattison (1791-1851), one of the Faculty’s more colourful characters

Granville Sharp Pattison appears to have left a trail of enemies, debts and bad feeling behind him wherever he went.  Without doubt, he was one of the Faculty’s more colourful characters during the 19th century.

Brief details of his life can be found on page 273 of Alexander Duncan’s Memorials of the Faculty of Physicians and Surgeons of Glasgow  but much is left out.  Granville Sharp Pattison  was born in 1791, the youngest son of John Pattison of Kelvingrove and entered the Faculty of Physicians and Surgeons of Glasgow as a Member in 1813.  He assisted Allan Burns in the teaching of Anatomy in the College Street School of Anatomy in Glasgow and while there was tried in connection with a body-snatching case but was acquitted.  Details of the case can be found in the College Archive (RCPSG 1/20/13/14/1-2). 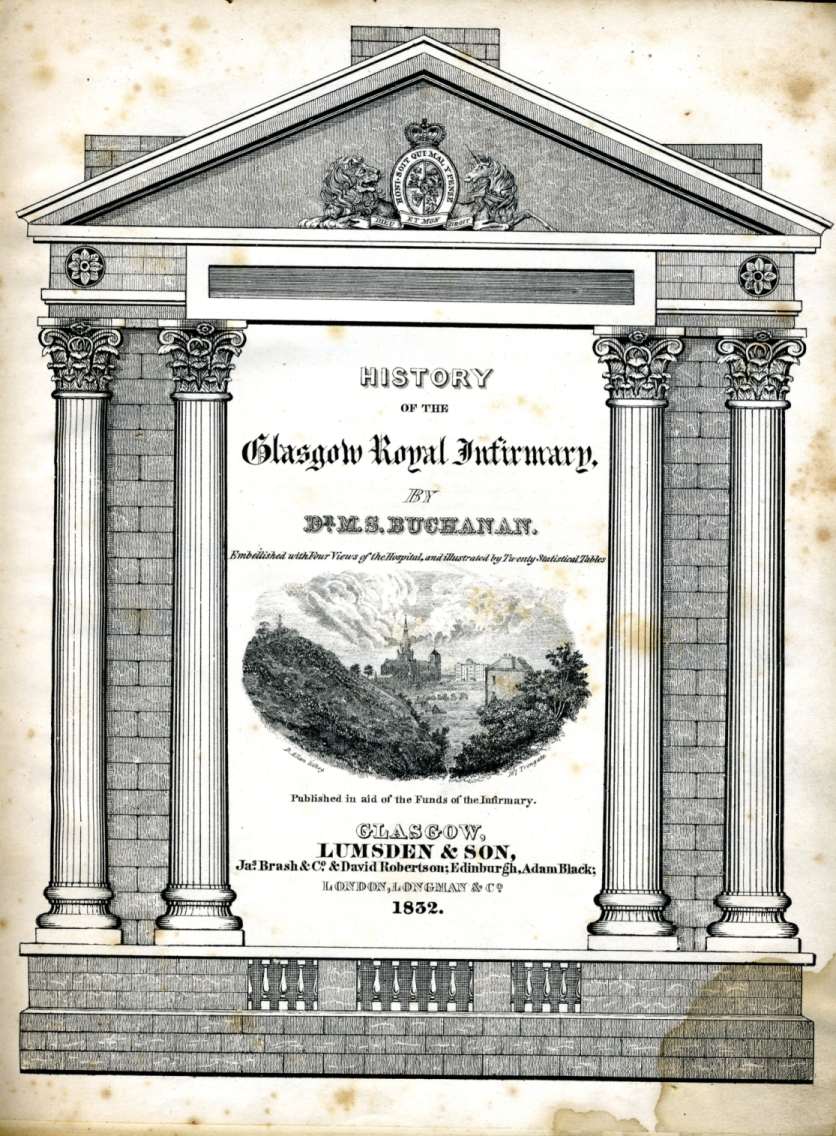 History of the Glasgow Royal Infirmary by Moses Buchanan, 1832

When surgeon at the Royal Infirmary, a quarrel with one of his colleagues led to an alteration of the rules of the hospital. Buchanan in his History of the Glasgow Royal Infirmary, 1832 p.13 describes the incident as an “unfortunate altercation” between “Hugh Millar, one of the attending surgeons (and Director at the same time,) and G.S. Pattison, also one of the attending surgeons.  As a consequence a resolution was passed by the Directors of the Infirmary that “it shall not be competent, for any person, to be at the same time a Director of this Institution, and a medical attendant: excepting always, the Professor of Medicine, and the Professor of Anatomy in the College of Glasgow, and the President of the Faculty of Physicians and Surgeons of Glasgow.” Already known as someone who was a troublemaker, the greatest scandal of all (as far as Glasgow was concerned) occurred shortly afterwards when Pattison had an affair with the wife of Dr Andrew Ure, Professor at Anderson’s University, and a fellow Member of the Faculty of Physicians and Surgeons of Glasgow.  This was the final straw as far as Glasgow was concerned and Pattison left the city to try his luck in the New World.

Pattison’s troubles by no means ended when he fled from Glasgow and he left a trail of woe behind him in Philadelphia and Baltimore.  Returning to Britain he taught for a while at London University but was sacked following student protests about his competence.  His return to Philadelphia and finally New York University left similar trails of bad feeling.

A larger-than-life character, Pattison did, however, leave some positive achievements.  He was a founder member of the Glasgow Medical Society which, now known as the Royal Medico-Chirurgical Society of Glasgow, still meets to this day. 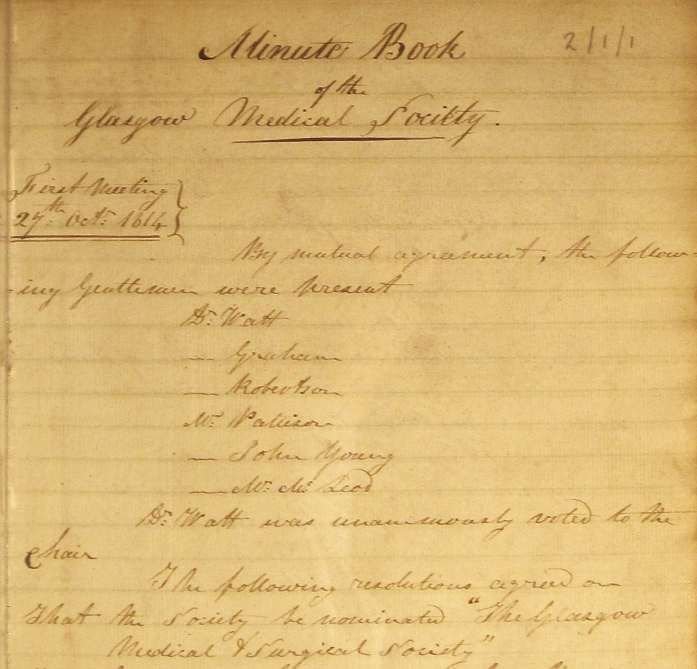 Minute book of the Glasgow Medical Society showing the first meeting of the Society in October 1814. Granville Sharp Pattison is named as one of the six founder members (RCPSG 2/1/1).