Articles have been appearing recently in the  media and on the College website reflecting on sixty five years of the  National Health Service (founded 5 July 1948).   Pre the NHS hospitals had to think of imaginative ways of fundraising.  The Glasgow Eye Infirmary, founded in 1824 by ophthalmologist Dr William Mackenzie had the very special help of Sankel, a retriever dog.  Sankel was owned by Messrs J. and A. Caldwell, glaziers in Charlotte Street, Glasgow and the money was collected by Sankel from visitors entering the workshop.  People were so impressed by Sankel’s fundraising ability that in 1883 ‘a few friends’ clubbed together to buy Sankel a special dog collar ‘for his clever performance and likewise contribution’. Sankel appears to have been a very intelligent dog – not only did he raise money but his owners used to send him with messages to neighbouring shops, from whence he apparently returned promptly and with the correct change. 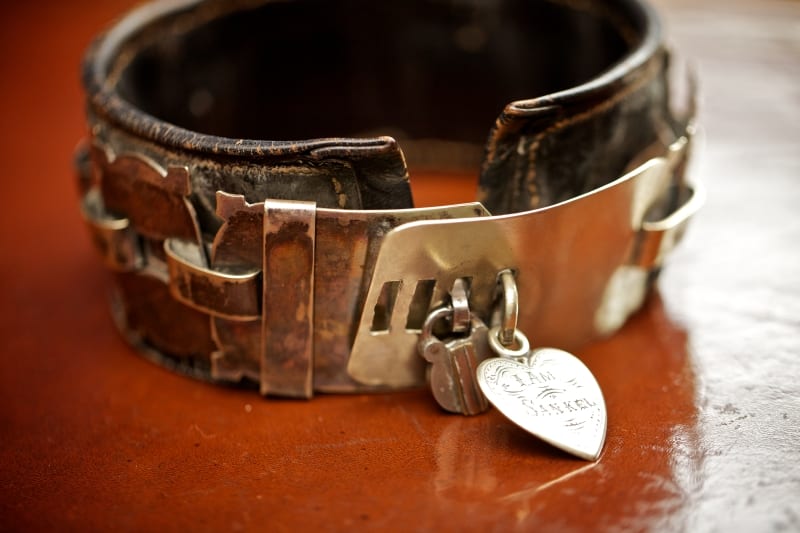 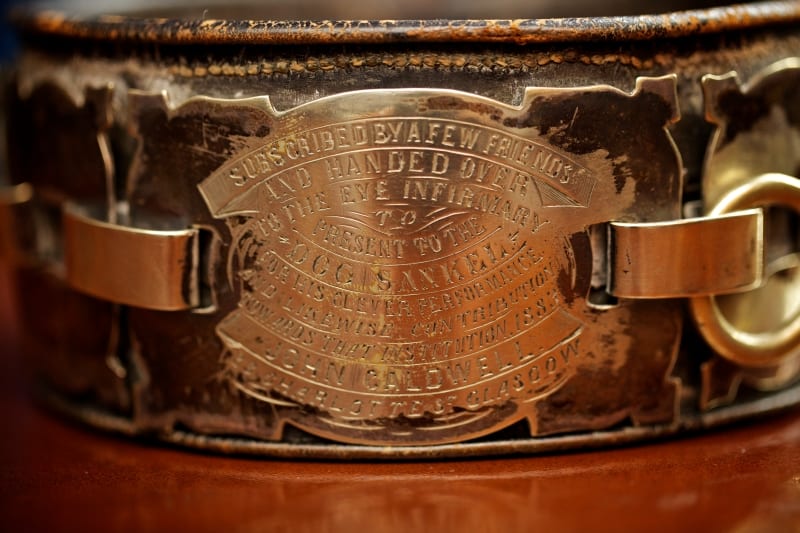 Sankel’s dog collar is now  one of the more unusual items in the College’s museum collection.  It, along with brass plaques for endowed beds and a fundraising poster show how the Glasgow Eye Infirmary was able to raise funds. 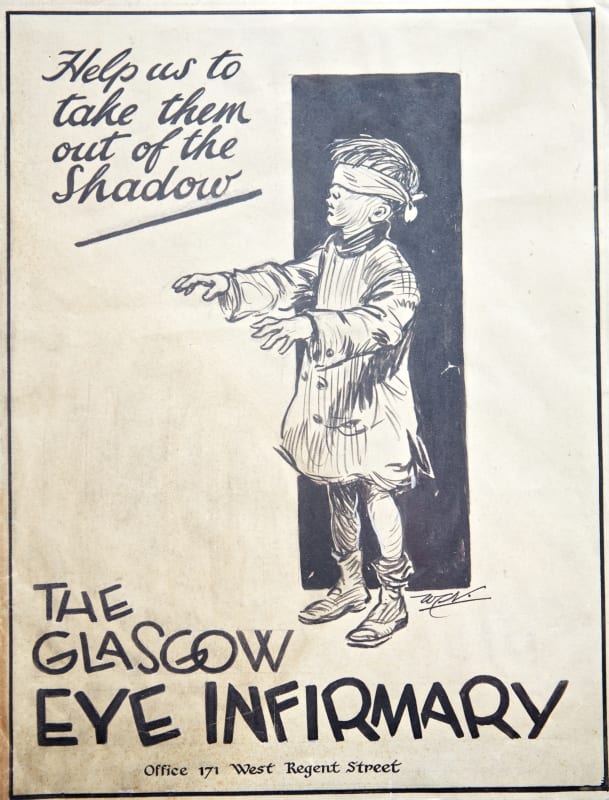