The casebooks of Robert Cleghorn

The College archive holds three casebooks of Glasgow physician Robert Cleghorn (c 1760 to 1821) dating from 1785 until 1816.  The casebooks contain a wealth of detail of interest to medical and social historians and the casebook dating from 1792 to 1816 has now been digitised and published on the College website.

Robert Cleghorn studied medicine in Edinburgh and graduated MD in 1783 moving to Glasgow in 1785.  He entered the Faculty (now Royal College) of Physicians and Surgeons of Glasgow in 1786, becoming its President between 1789 and 1791 and Librarian from October 1792.  He was physician to the poorhouse or Town’s Hospital in Glasgow between 1786 and 1791 and also one of the original managers of the Glasgow Royal Infirmary which opened in 1794.  He subsequently (in 1814) became first physician and then a director of the Glasgow Royal Asylum for Lunatics in Dobbie’s Loan.  A painting of Cleghorn by Sir Henry Raeburn hangs in College Hall.  (This painting along with over ninety other oil paintings belonging to the College can be seen on the BBC Your Paintings website). 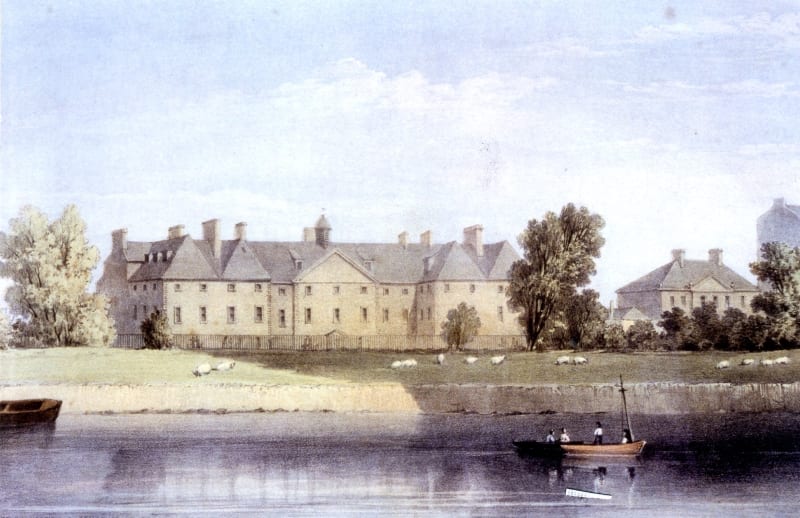 So much for Cleghorn’s career.  What can we find in his casebooks?  The cases are mostly of an unusual nature, written up retrospectively after the patient had either recovered or died.  Cleghorn’s diagnosis of an illness included physical manipulation of the patient at a time when many medical men still relied on questioning and observing at the bedside.   The casebooks thus show that physician examination was beginning to be used by Scottish physicians in the late 18th century.  The case histories follow a standard format and include the date of consultation, name, age, marital status, occupation of the patient; the place of residence is also often stated as well.  An outline of the patient’s medical history past and present follows with a description of the symptoms.  Cleghorn then notes down the treatment given and, unfortunately for the patient, often details about the  patient’s subsequent decline and death. In line with the foremost medical developments of that time Cleghorn conducted detailed post-mortem examinations and these, too, are noted in the casebooks.

A very good study of the casebooks by Fiona Macdonald can be found in Science and Medicine in the Scottish Enlightenment edited by Charles W.J. Withers and Paul Wood, 2002.  A copy is available in the College Library.