Written by Kirsty Earley on December 5, 2018

Our former Honorary Librarian, Mr Roy Miller (a retired ENT specialist), details what it was like for ENT surgeons to perform house visits to patients in need of a tonsillectomy:

Before the advent of the National Health Service, hospital consultants were generally paid what nowadays would be called “a retainer.” As a result they resorted to private practice to earn a living. Many E.N.T. consultants would perform guillotine adeno-tonsillectomy in a patient’s home in this era.

An adeno-tonsillectomy involves the removal of both the palatine tonsils at the back of the mouth, and the adenoids situated behind the soft palate. 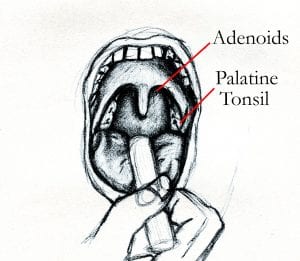 The patient would be a child of the family, who were told to clean the kitchen thoroughly and scrub the kitchen table as preparation for the operation. The consultant met with the patient’s general practitioner and a district nurse. The G.P. gave the anaesthetic and steadied the head during the operation. The nurse held and turned the patient on his/her side when necessary. Anaesthesia was administered via a simple inhalation of ethyl bromide, (made by Duncan Flockhart of Edinburgh), or ethyl chloride.

This metal box contained all of the equipment required for the operation. 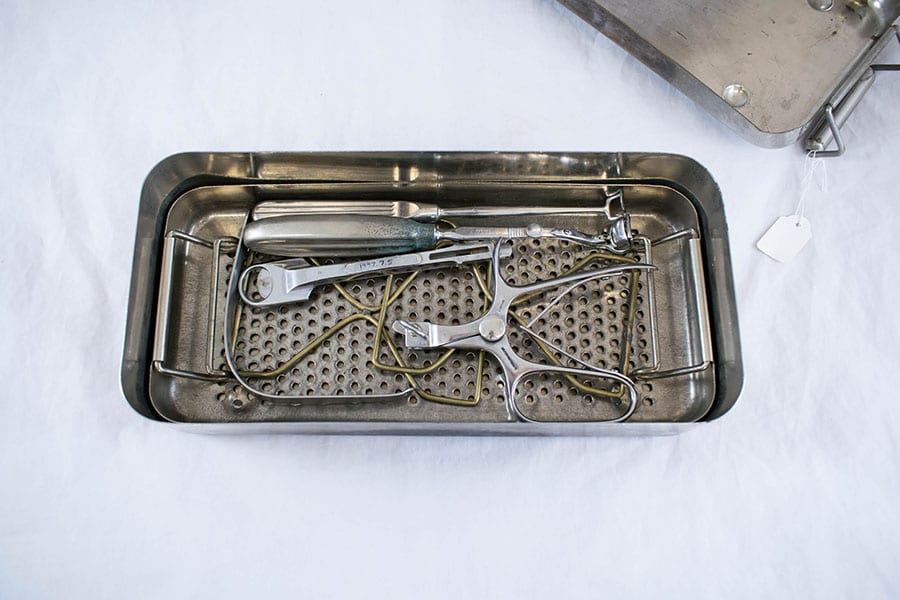 It converted into a “Fish-kettle” steriliser with the outer layer holding the perforated plate on which the instruments were laid and sterilised by boiling. The instruments included a Doyen’s gag to hold the mouth open, a guillotine to remove the tonsils, and curettes to remove the adenoids. There was also a metal tongue depressor for optimal viewing of the throat region. 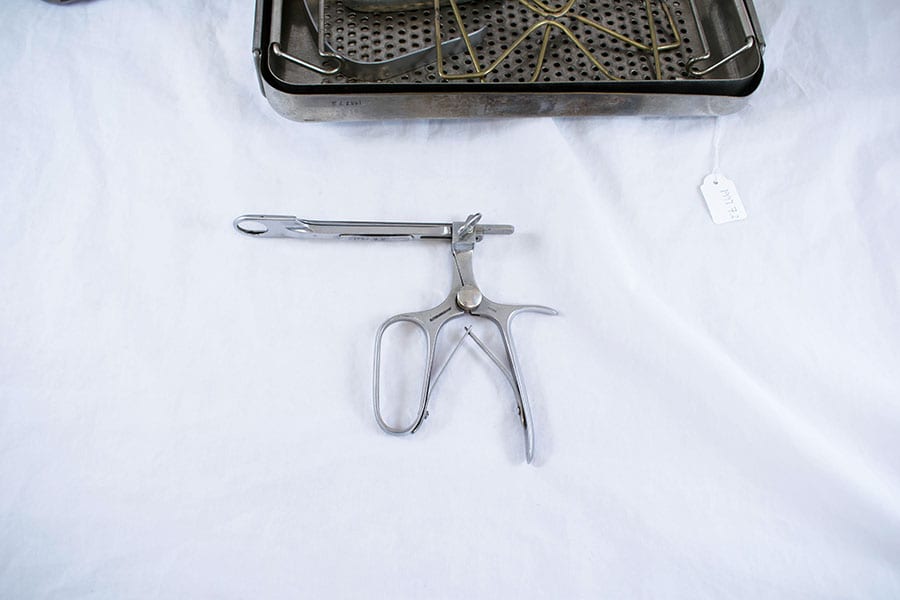 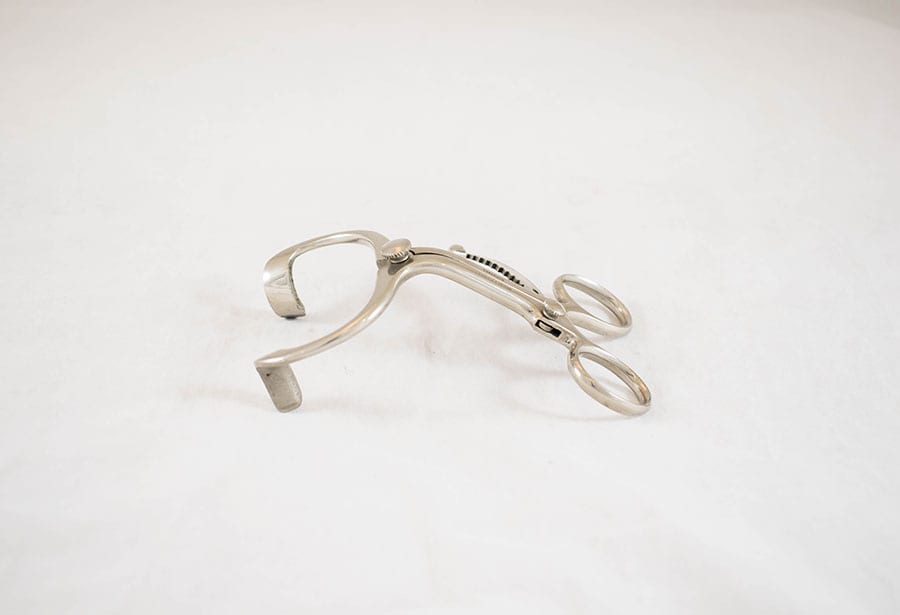 Speed and ambidexterity were required for a successful operation. The right tonsil was engaged by the guillotine in the right hand, and the left using the left hand, following which the adenoids were curetted from the nasopharynx. Illumination was by a beam of reflected light from the surgeon’s angled forehead mirror. The patient’s face was sponged with cold water , and a final examination of the throat was made. From the anaesthetic induction to the patient awakening, the operation on a whole took little over five minutes.

The box pictured above was the property of Mr Alex Strang, a consultant E.N.T. surgeon at the Victoria Infirmary, Glasgow.He regularly occupied his Sunday mornings performing this operation at the homes of his patients. Mr Strang retired about 1960.